This Smart Bag Can Charge Up Your Gizmos, Connects Via iOS / Android, Sends Notifications If You Forget It Somewhere!

Access to sites like Kickstarter has meant more and more creative individuals taking it upon themselves to bring exciting and innovative products to market. With an interesting idea and a tidy introductory video, it’s easy for the very best concepts to gain the exposure they need to reach fruition, and on an almost daily basis, a handful of campaigns catch the watchful eye of the blogosphere. Today’s feature arrives in the form of Phorce, and as well as serving as a very fashionable travel bag, it can charge your MacBook, smartphone or other USB device as you travel around.

Often, these sorts of products tend to sacrifice style in order to cater to the hardware, but Phorce does well to look the part as well as solve a common problem for all electronics consumers. We’ve all been there – about to head out for a trip, and suddenly realize we forgot to leave the notebook or smartphone charging for long enough. Rationing usage is a pain in the butt, but not only will Phorce charge up any one of your important gadgets, but it will also keep you informed of how many charges you have remaining. 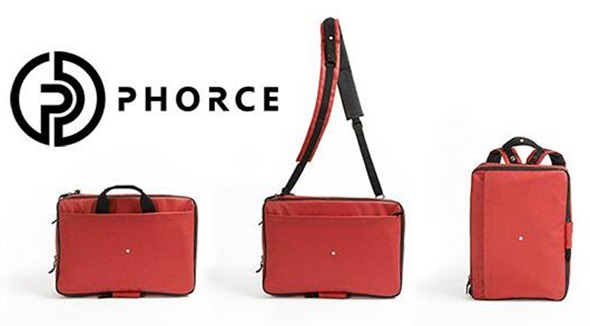 Of course, you’ll have to keep at least one gadget (presumably your smartphone) on your person at all times in order for the handy prompting system to work, but with an app designed for both iOS and Android, the majority of consumers would be able to enjoy Phorce to its maximum benefit.

Phorce is being dubbed the world’s first smart bag by its designers, and with, as an example, an extra seven hours of usage on your MacBook Air, the brainchild of Marijn Berk and designer James Jeffrey will help to alleviate all of those worries you might have with regards to power. As well as being able to charge up a laptop, you could also use Phorce to juice up three USB devices simultaneously and – get this – it can hold enough power to charge your iPhone eight times over, or your S III six times over. 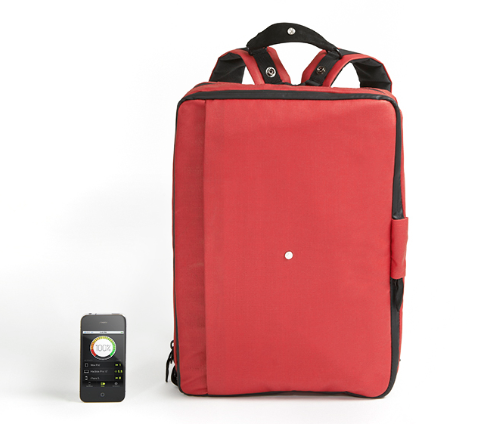 The bag keeps in contact with your smartphone via Bluetooth, and will notify you of how many recharges you have left, as well as warning you when it is running out of power. Also, if you were to leave Phorce lying somewhere having forgotten it, the smart bag will simply notify you so you can go and retrieve it. Ingenious? We think so!

The USB version, which packs in three USB charging ports, will set you back $349, but of you back the Kickstarter campaign, you can get it for a much more agreeable $219. Phorce for Mac, which also includes a Magsafe connector, will cost $449, but again, Kickstarter pledgers can secure one for just $299. 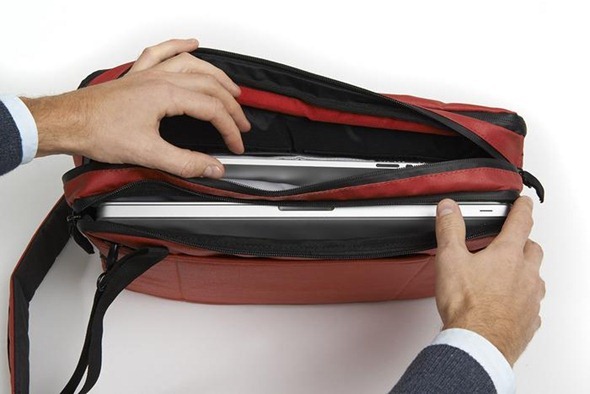 The duo need to raise $150k, and if you’re interested in getting involved, head over to the Phorce Kickstarter page when it goes live.

Join Phorce’s Facebook page by heading over to this link: facebook.com/getphorce