This Man Bought A MacBook On eBay, Look What He Got Delivered In Mail

When you make a purchase on an auction site like eBay, there’s an element of trust and a great dose of user integrity involved. You buy something expecting to receive the item as described / presented, but there are always going to be issues with this format. One user discovered this in quite bizarre circumstances recently when he snapped up the apparent bargain of the century with the $450 purchase of a MacBook, only to find, upon delivery, that it was just a picture of the device. Ouch!

Now, as a fairly regular eBay user, I, like many, have been stung once or twice, although I’d like to think that as a good seller of secondhand items, I haven’t returned the favor. But rogue selling comes with the territory if you happen to use eBay more than once a month, and one user learned the hard after way having paid for a bargain and wound up with the worst deal of all time. 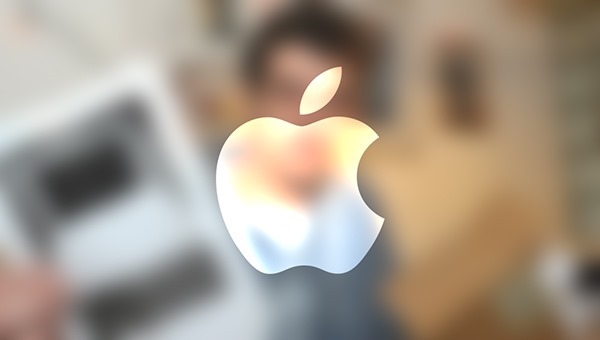 Our unlucky friend Paul Barrington stumped up a sizeable £300 for his MacBook, which he wanted to use to kick-start a career in wedding DJing. Being quite a good product for this purpose, he thought he’d struck gold, paying less than seemingly anybody ever has for a MacBook of any age, but what he found when he opened the subsequent parcel wasn’t exactly ready to load high-spec software.

To add insult to injury, the picture of the MacBook wasn’t even in color, and having parted with his beloved (and let’s face it, much more valuable) surfboard to fund it, he’d been well and truly had.

The seller, incidentally, had pretty good feedback, which just goes to show that you cannot trust anybody where eBay and similar mediums are concerned. 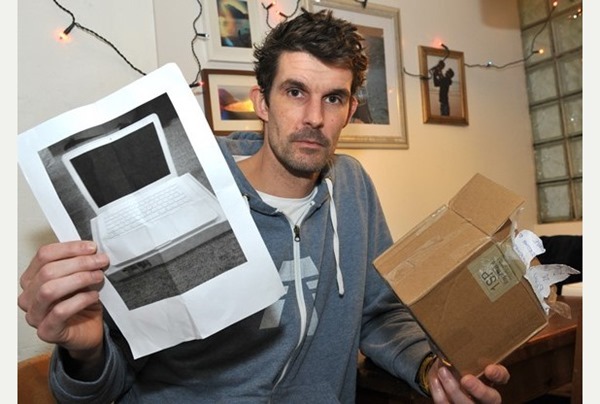 This story does remind me of the rather entertaining tale of a hapless online buyer who purchased two new and sealed iPhones in similar circumstances, only to prize open the boxes and find an apple – a real apple – inside of each box.

So, the lesson here, folks, is to take extra care when buying from people rather than businesses. Oh, and for fear of sounding like a bit of a cliché, if a deal sounds too good to be true, then more often than not, it probably is.