We’ve got another jailbreak tweak to discuss today. It’s called AlbumArt on AppSwitcher and it lets you, well, see the album art for the currently playing song in your app switcher! Details after the jump! 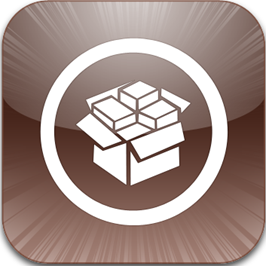 Developed by deVbug, AlbumArt on AppSwitcher is one of the simplest tweaks we’ve ever come across. It is a one-trick pony and it does its sole trick very well. You just install it and it replaces Music.app icon in the iOS 5 App Switcher with album art for the currently playing song.

No icons added to home screen. No options to configure.

We have tested the tweak on an iPhone 4 on iOS 5 and can confirm that it works as advertised. Coupled with the back/play/forward button, you basically get a full Android-like widget for the Music app under the app switcher. Because of this, we actually like the tweak. Your liking will depend on whether you have album art associated with each song, because if you don’t, you’ll see a drab black & white music icon instead.

The tweak looks really great on an iPhone 4 thanks to the amazing Retina Display, an album art which is a tad bit smaller than your thumb impression looks great on just one display out there and it’s this one, just a thought.

If you’re interested, AlbumArt on AppSwitcher can be downloaded for free from BigBoss repository under Cydia.