Microsoft has introduced two new Nokia branded phones, which it claims are “perfect for those looking to own their first mobile phone.” The replacement Nokia 105 and 105 Dual SIM variants are an attempt by Microsoft to strip away smartphone functionality and get back to basics by offering a device that is extremely easy to use combined with an enticing price point.

If you’re a technology enthusiast who believes in constant progression and that each new launch from a company should go above and beyond any device’s previous technical specifications, then look away right now. The basic Nokia 105 is essentially a replacement for the 105 model that was launched back in 2013. This latest version comes equipped with a 1.4-inch color display and has the internal storage capacity to store a staggering 2,000 individual contacts. Users can expect to be limited to 2G data connectivity but will benefit from a built-in FM radio module and a hugely impressive 35 days standby time. 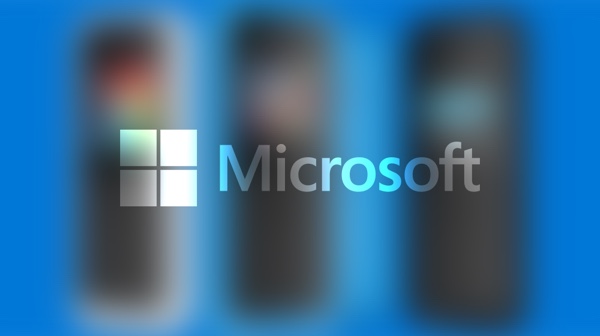 The new 105 is also available in a Dual SIM variant for those who may want to seamlessly switch between cell accounts. Both devices weigh in at an extremely tiny 70g and take things old school with a replaceable battery that can be charged via micro-USB. As part of the promotional material Microsoft is attempting to appeal to emerging markets by offering the two 105 models as extremely low-cost options for those looking to get their first mobile phone and those who travel regularly and need a reliable, low-cost back-up with an extremely long battery life. 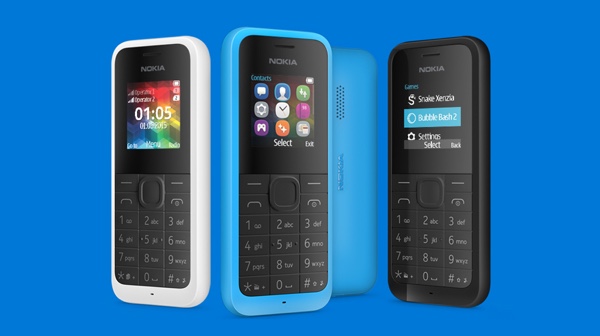 The specifications of the 105 may be extremely basic, but it does appear to have everything that’s required from a mobile phone aimed at this particular demographic. The ability to make and receive phone calls and send texts is complimented by a built-in calculator and calendar apps as well as the option of enjoying some recreational time by playing either “Snake Xenzia” or “Bubble Bath 2“. 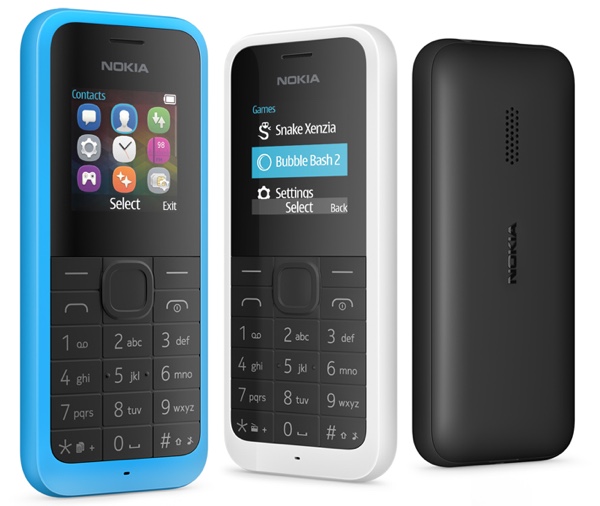 The launch of the 105 is a clear indication that Microsoft plans to retain Nokia’s entry-level business that it has kept in place for many years. The new low-cost device will be available this month for $20 in select markets globally. 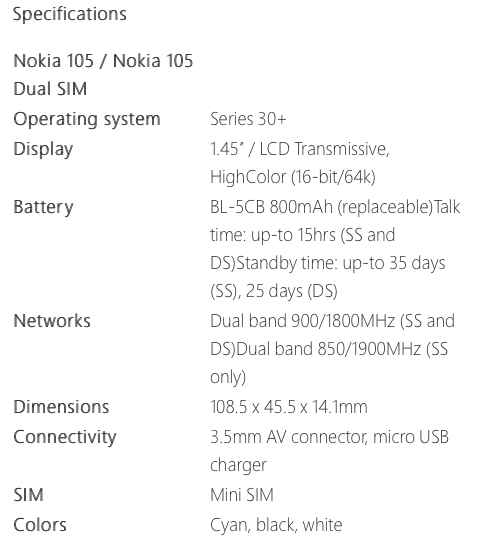