Dropping smartphones is just one of those things that we all, unfortunately enough, have to contend with. It’s almost inevitable that no matter how much we try really hard to keep that $1000 iPhone in pristine condition, it’s going to end up meeting the floor at some point.

It’s just, well, how things are. All we can do is try to mitigate that fact by either taking out some sort of insurance like AppleCare, or slap the thing into a case. We’re big fans of Apple’s leather cases but if you want something a little more active in its protection, this active damping case is for you. 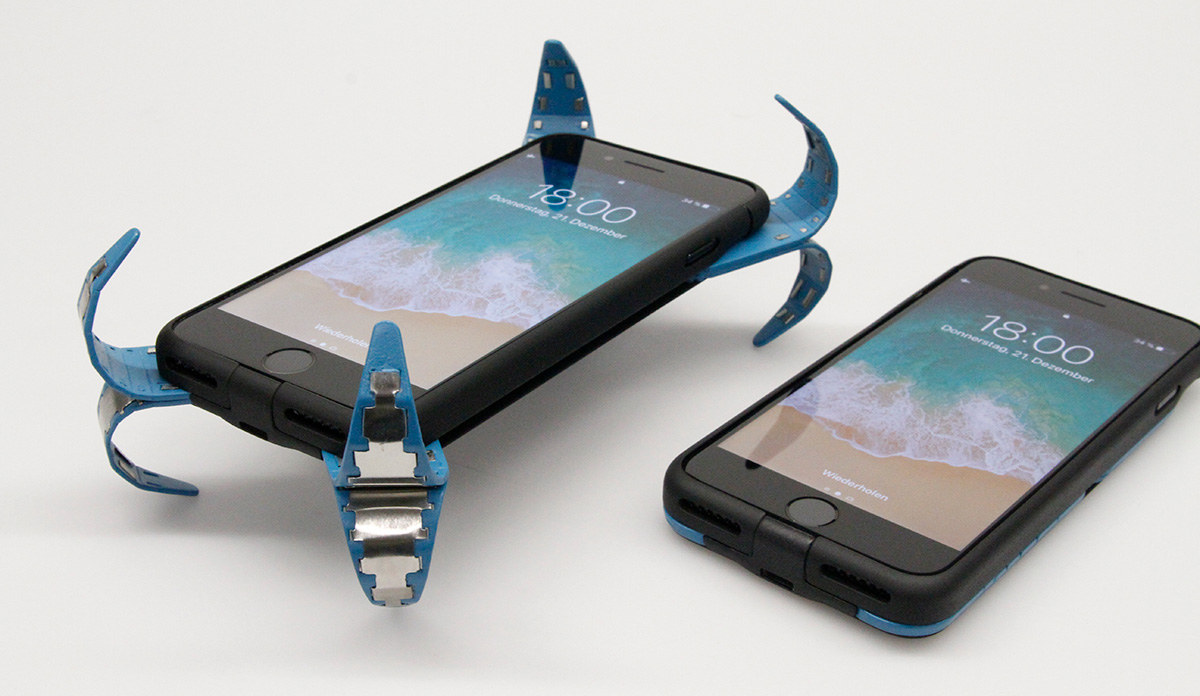 Created by Philip Frenzel, an engineer at Aalen University in Germany, this new case won the highest award available from the German Society for Mechatronics and we can definitely see why.

The theory is sound – we drop our phones all the time, so why not have a case that senses when it is being dropped and then deploys some sort of anti-shock mechanism to try and keep everything nice and safe? It makes so much sense we wonder why it doesn’t already exist.

After initially toying with the idea of adding some sort of airbag to his case, Frenzel instead came up with a system that includes eight thin metal curls that normal lie flat against the inside of the case. However, when they are released, they deploy into mechanisms that protect all four corners of the phone, meaning that no matter how it lands on a floor, it’s is protected from the usual jarring landings that cause broken screens.

As you might expect, there’s already a patent in the works for this technology and Frenzel needs to come up with a way of both deploying the mechanisms when the phone senses it is being dropped as well as protecting against accidental deployments. We know we don’t want this thing going off in our pockets, that’s for sure!

We’d expect to see this thing popping up on Kickstarter soon enough.