A large proportion of road accidents can be attributed to texting and driving, which, as attractive as it can be for long drives, can lead to serious consequences. Still, it’s a shame (and wonder) that none of the major smartphone manufacturers have ever taken any measures to prevent this at the root level. Nevertheless, that doesn’t mean it hasn’t bothered the user community, and that is precisely why New York-based designer Joey Cofone came up with a concept design of a Car Mode in iOS that would practically enforce that you cannot text while driving.

The concept behind Car Mode works in a fashion to the traditional “Airplane Mode” that we find on almost all devices, and can self-activate when you connect your device to your car’s Bluetooth system. The concept shows that it will be controlled within the iOS Settings app just like any other native feature. When activated, the system will neither display and SMS/iMessage notifications, nor will it allow you to generate or reply to one should you even want to. The only time you will have access to your text messages would be  when you disconnect the phone from car’s Bluetooth, or when you stop driving. 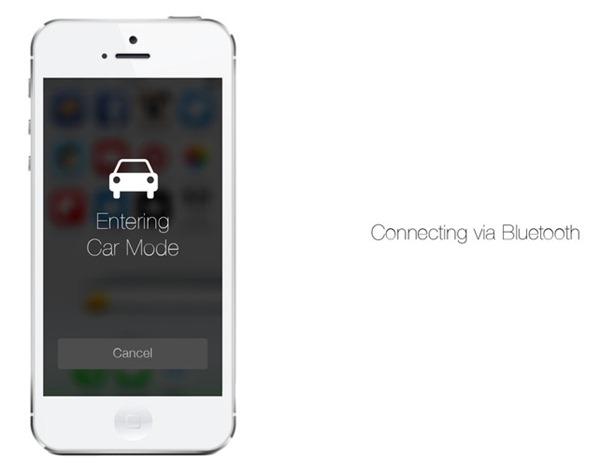 The “Car Mode” will still allow GPS-assisted navigation and hands free calls, should you wish to avail those.

Cofone’s concept won the first prize in the Command X contest that was held during American Institute of Graphic Arts design conference held last month. The participants of the contest were asked to propose a solution that would eliminate the potential hazard that texting and driving is. Cofone’s solution not only was intuitive and practical, but also doesn’t put “Car Mode” as an additional app that you’d have to download; it’d be an integrated feature of iOS that could ensure the highest number of users since it’s “already there”. 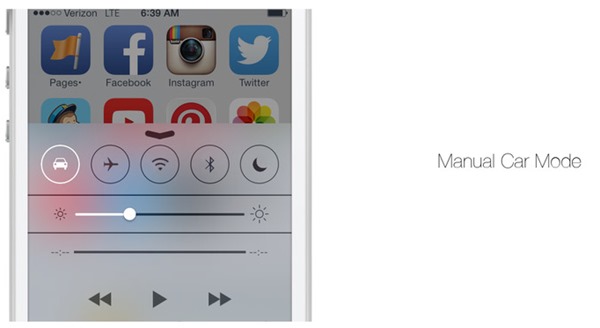 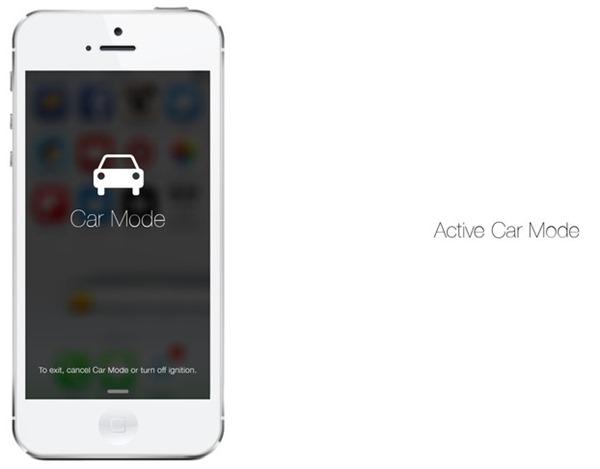 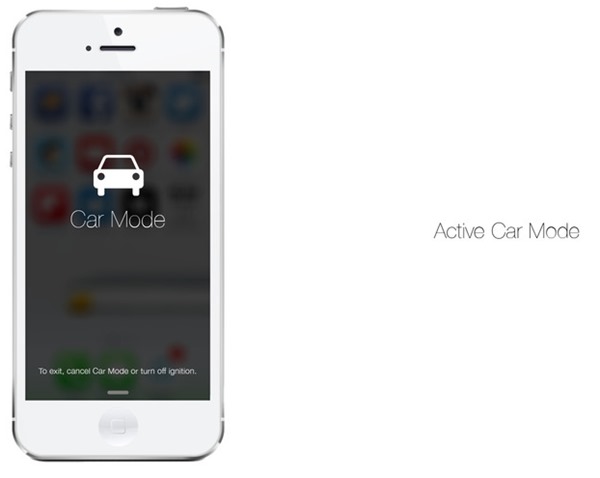 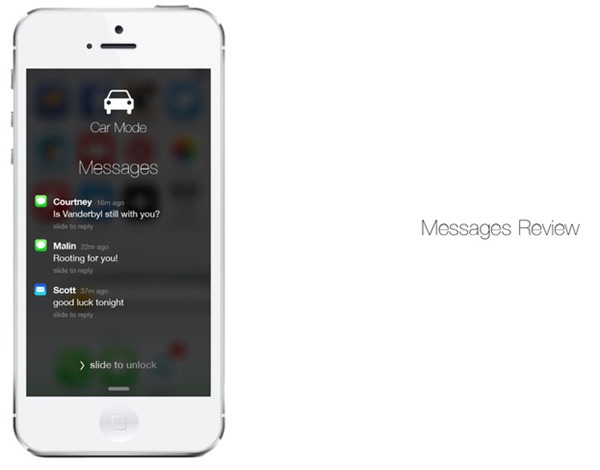 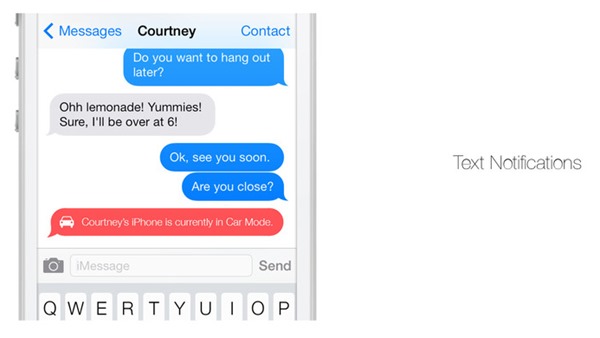 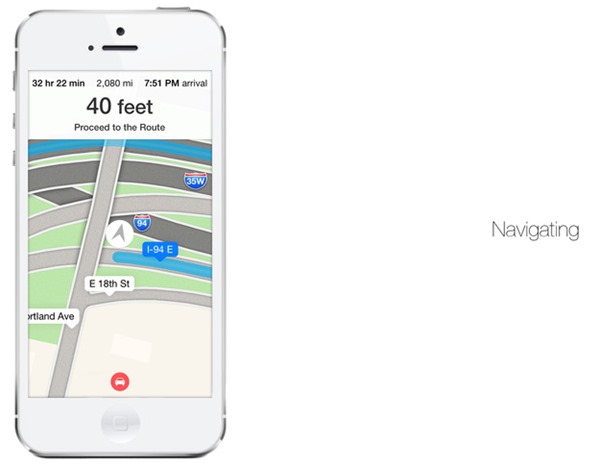 There hasn’t been any response to the idea from Apple, towards which the concept is primarily aimed. Cofone believes that should the Cupertino giant decide to actually incorporate his concept into later iterations of iOS, it should consider partnering with car insurance companies and consequently make “Car Mode hours” a reward system for responsible drivers. Whether Apple sees it as part of its corporate social responsibility or just another design that it came across, time will tell, but we sure do appreciate the whole idea behind this concept.