This iPhone App Lets Your Unborn Baby Pick Its Own Name By Kicking, Or Something…

Picking a name for your upcoming baby can often be a difficult task, especially since you’ll never know if you’ve made the right choice, unless you get yelled at when your child turns 18. Kick To Pick is an iOS app that will make that decision just a little bit easier, or at least make you feel better about it.

The way this app works is intriguing, at best: after indicating whether the upcoming baby is a boy or a girl, the pregnant mom is supposed to place the phone up against the baby bump. Then the baby is supposed to move around and kick inside the womb, and every time there’s movement, this App will scroll through a huge list of names. It will settle with one eventually: from there, you can choose to discard it and begin the process all over again or just settle with that name (or exit out of the app). You can even add the pick to the App’s favorites list, if the name is so original that you’re scared of forgetting it. 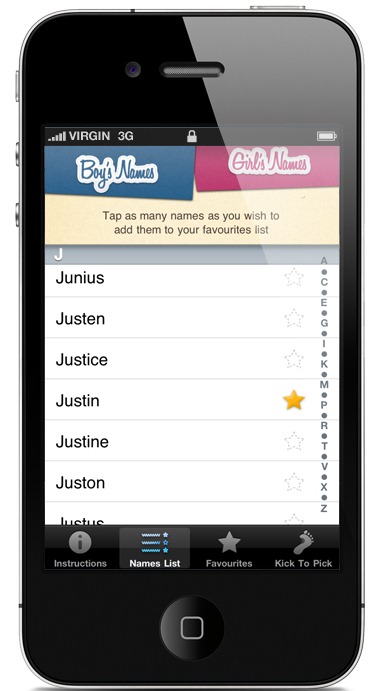 Anyone who’s been pregnant knows how physically active developing babies can be (not speaking from experience). It was about time someone would put that energy to some good use, even if that use is pure amusement. And while this App isn’t to be taken seriously, it could give parents nice ideas for names, maybe quite a few they had never thought of before. I wonder if launching this App and shaking the device would produce the same result. 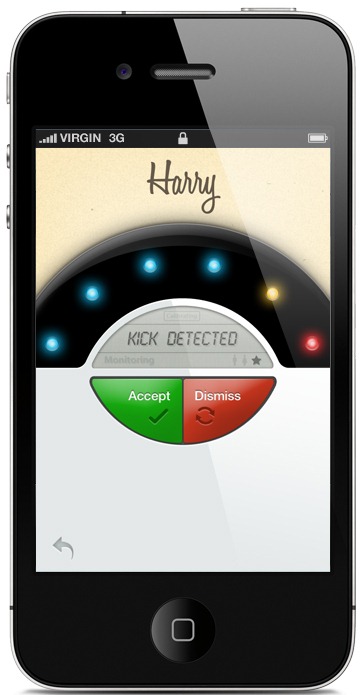 If you’re not into putting devices up against your womb, Kick and Pick’s developers have kindly made available the full list of names. If you’re willing to scroll through, hundreds, if not thousands, of names, I bet you’ll be using this instead.

Kick to Pick was made by Nathan Parks, a Leeds, UK-based software developer. The App is available at the iPhone App Store for 99 cents, which might put quite a few people off, since after it doesn’t do anything meaningful, but if other developers have managed to sell fart apps for the same price, I’m sure there will be a niche for this one. Even if you don’t plan to use it the way it’s meant to, having access to an extensive list of names is always a plus, right?