Instant messaging and communication apps are experiencing something of a boom right now, and it’s no coincidence that since the announcement of Facebook’s $16 billion takeover of WhatsApp, developers have been plotting various ways to tap into this clearly lucrative market. A new app called Truth, offering a seemingly new twist on the world of secret messaging, allows users to hold anonymous conversations with those on their contacts list, and with a diverse range of uses, could well find a niche among many other similar apps already out there.

Everybody using the Truth network to send messages is given their own username and a randomly-generated avatar. Those in receipt of a ‘truth’ can read what somebody wishes to convey to them anonymously, and if the app isn’t already installed, an SMS is sent with info on what Truth is about and from where it can be downloaded. 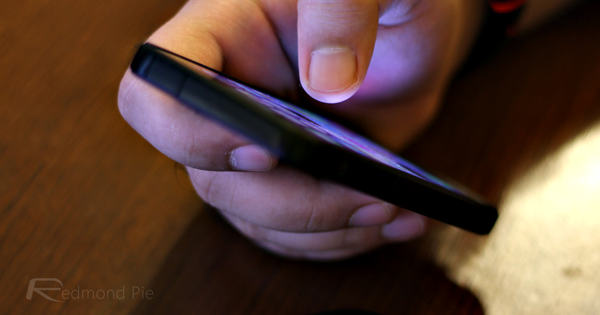 Not only is such an app useful for those looking to network and interact with those they don’t know so well (read: flirt), but it also strikes me as a novel way to offer somebody constructive criticism without causing a potentially inflammatory situation.

Of course, anything involving anonymity, particularly in this Digital Age, is open to abuse from the cyberbullies, but with only five percent of messages sent via Truth reported as spam, offensive, or otherwise nuisance correspondence so far, it will be interesting to see how it takes off.

At present, the app seems to have been latched onto by high-schoolers and college-age youngsters, and as any start-up in the field of social communication will know, said demographic comprises the most valuable segment of this market. Young people dictate the IM game, and with several other apps like Truth having already managed to rustle up some decent investment from VCs, it will be intriguing to see whether it catches on. 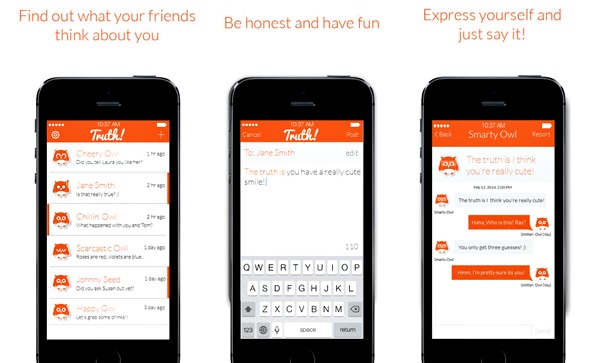 Touted as a “new way to communicate honestly with your friends,” the intention of creator Foro Technologies is to keep everything as light-hearted and playful as possible, but one has to wonder – in seemingly offering free pass to abusers – whether it can stay that way.

If you have something to say to one of your friends, but wish to do so anonymously, then you may want to give Truth a try. It’s free to download for iOS, and if you do happen to give it a whirl, be sure to let us know, truthfully, what you feel, by dropping a comment below.