Even though Apple has, with iOS, sought to make it easy for us to capture photos and videos quickly before that Kodak Moment passes us by, there’s always a bit of a delay, and it’s the split-second wait while we open up the app, gather our composure, position the device and shoot, that can be the difference between a perfect, treasured snap and a blurred impression of the aftermath. The app we’re featuring today has made a name for itself on Google’s Android in the past for the speed in which it permits one to take photos, and with widget support also a part of the deal following the iOS 8 update, this is one tool that all amateur photographers should have in their armory.

Called QuickShot, this app lives up to its name in every way imaginable. Rather than clicking on the home screen icon and being met with the typical point-and-shoot interface, the tapping of the QuickShot icon is the shutter release process, and so before you can even get a chance to miss the photo opportunity, the snap has already been added to your photo library. 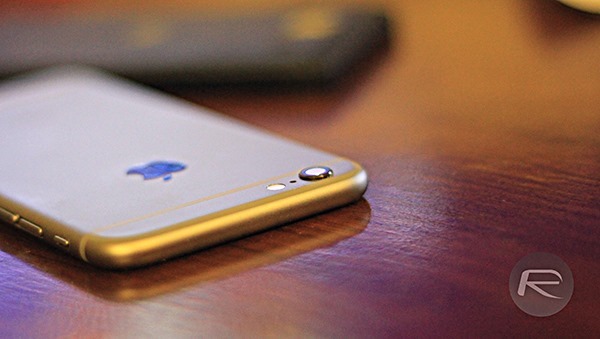 Of course, this could present a new kind of dilemma, in that when you would ordinarily be preparing yourself to take a photo, it will already have been processed, and if you don’t time everything smoothly, you could end up with a blurry shot that’ll need to be deleted. With that said, this app is all about speed, so if you want a utility that’ll help you to achieve a timely photo, then look no further. 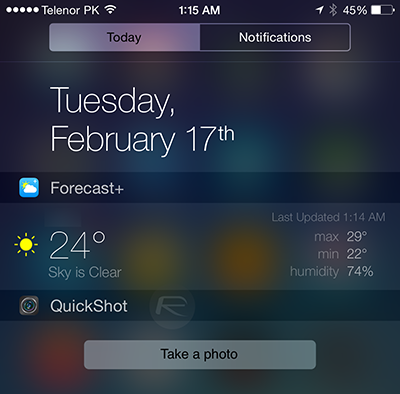 One of the most enticing aspects of QuickShot for iOS is that there’s a QuickShot widget, meaning you can take a snap right from the Today view in Notification Center. This is optional, of course – you can configure everything from within the Settings app – but by activating the widget, you’ve even more hope of capturing the desired shot before you miss the opportunity.

Such a thing was possible only if you were jailbroken, by using tweaks like QuickShoot, but with this nifty app for non-jailbroken devices, those days of relying on a liberated iOS device to perform such feats are long gone.