If you have bought a used iPhone, then there is always the possibility that it has been jailbroken or perhaps hacked in some other way with malware on it, and if that is indeed the case, then there is no telling what kind of things that phone could be doing without your knowledge. This is of course all highly unlikely, but bad things do happen in this world and sometimes it pays to play things safe. That’s why a new iOS app that claims to check whether a device is jailbroken or running non-Apple approved software is potentially so important.

The app, called System and Security Info, costs $0.99 and is available to download from the App Store now. 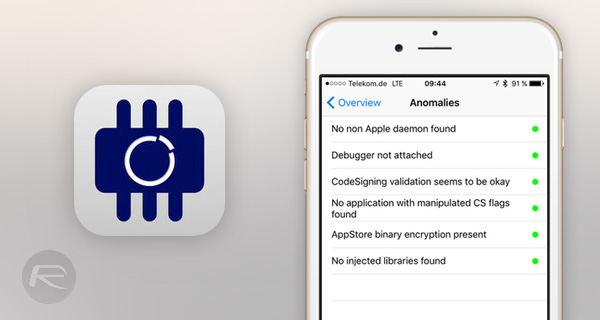 Created by security researcher Stefan Esser who goes by the name of i0n1c, the app claims to check all of iOS’s nooks and crannies for anything that could be doing naughty things behind your back. Esser claims that his app is capable of reporting on all the running processes on an iPhone as well which, at least to our knowledge, makes this app the first to do exactly that.

This alone is interesting given the fact Apple claims to have such things restricted via the wonders of sandboxing. Regardless, Esser seems to have found a way. 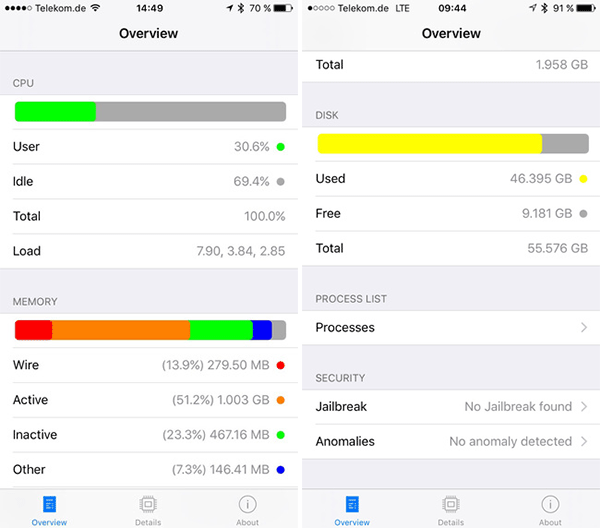 The anomaly detection in this app tries to verify that certain security assumptions are still valid. This includes that code signing flags of running processes have not been tampered with, the app is still encrypted and not running in a debugger and that code signing still detects malicious apps and that no unsigned binaries are running. Furthermore it is validated that no unexpected libraries are injected into the process because this is usually used to tweak runtime functionality. Because the accessibility features of iOS will inject unexpected libraries into our process the app will mention this as a detected anomaly.

Beyond the security aspects, System and Security Info app can also report on CPU usage, memory usage and disk usage, amongst other things.

If you want to get your hands on System and Security Info, it might be worth downloading it now while you still can – we don’t expect Apple to be too pleased with this app’s ability to reach outside its sandbox. Additionally, the app’s $0.99 price tag is set to double once its global release celebrations end. 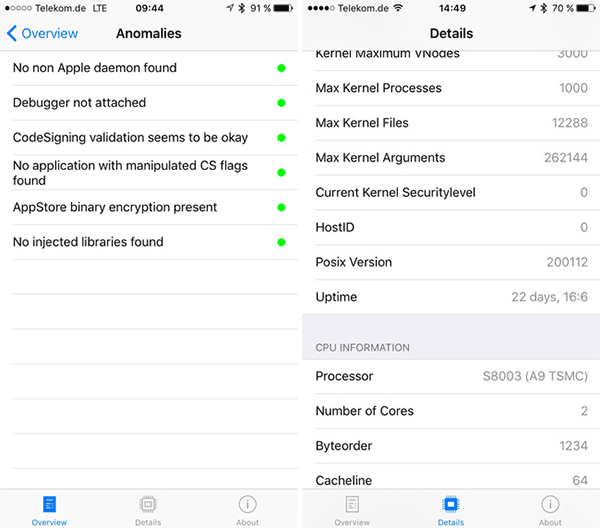 (Download: System and Security Info for iPhone and iPad on the App Store)