It’s not something we’ve ever done ourselves, but we’ve got a sneak suspicion that it’s happened to more people than are willing to let on. We are, of course, talking about people walking into things while they’re sending text or instant messages. Granted, we’ve done it when inebriated, but never when trying to use our phones!

If you’ve ever found yourself coming perilously close to locking horns with a street light or perhaps a signpost while sending that picture of a funny cat to your significant other, then rejoice, for we may have a fix for you. 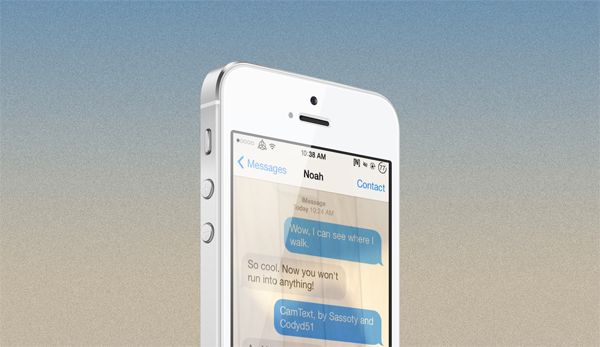 CamText is a jailbreak tweak that claims to have solved the issue of people walking into things when using their iPhones, and on the face of it we wouldn’t be surprised if they’re onto something. Available via Cydia now and priced at $1.49, CamText takes the stock Messages app and replaces the background with whatever the iPhone’s camera is seeing. That means that while you’re typing that message that just can’t wait, you’ll be able to see that post or hole in the path before you make a fool of yourself. Well, that’s the idea anyway. 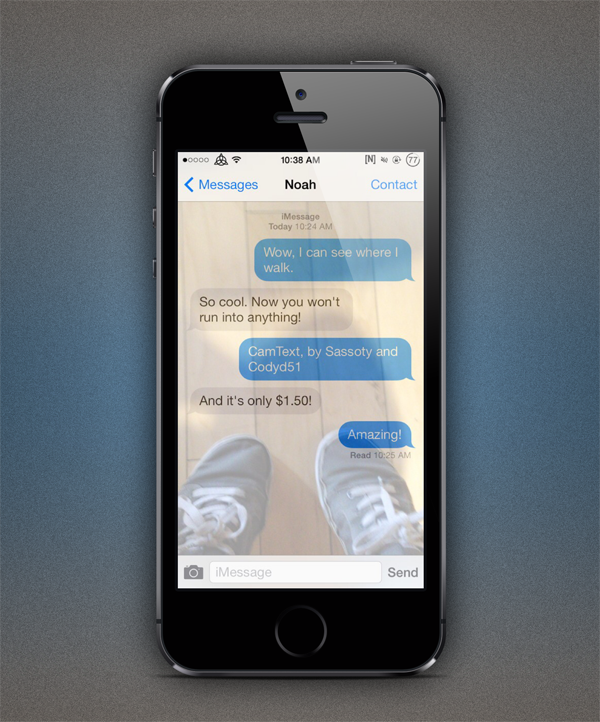 Requiring iOS 7 and compatible with 32-bit and 64-bit devices, CamText can be quickly turned on and off thanks to a simple toggle, and the tweak can be configured via the stock iOS Settings app once installed. Currently CamText is unfortunately incompatible with the iPad, but given the fact that, mercifully, few people walk around sending iMessages on iPads, we’re hoping that particular shortcoming won’t be too big an issue for most.

If you’ve ever found yourself hoping you’re not going to do yourself some damage when sending a message when out and about, rather than actually knowing it, then you’re probably going to want to give CamText a whirl. After all, it’s certainly cheaper than a broken leg or the cost of your pride! 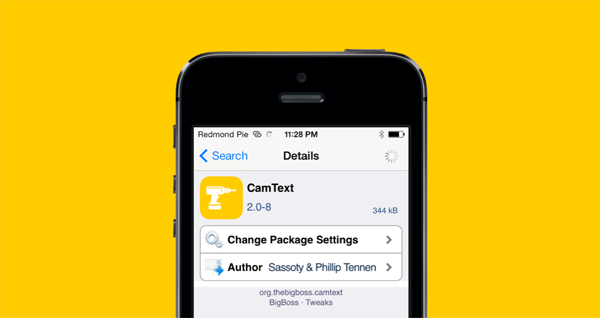