Mobile users, even many of those with an affinity to Apple’s iOS, seem in agreement that the look and feel of the fruit company’s flagship operating system is in severe need of updating. With a new leader at the helm of iOS in the form of Jony Ive, there’s fresh optimism that iOS 7 will break the mold and bring the radical changes and implementations so many users seem to crave. As such, we’ve also seen many iOS 7 concepts since iOS SVP Scott Forstall was given his marching orders toward the end of last year, and this latest one from designer Mohamed Kerroudj is one of the best to date.

Taking on a very Windows Phone-esque look in places, it appears to do away with the skeuomorphism Forstall loved but Ive is said to loathe, and instead shows a fresh-looking lock screen complete with in-line notifications and beautiful, clean lines. 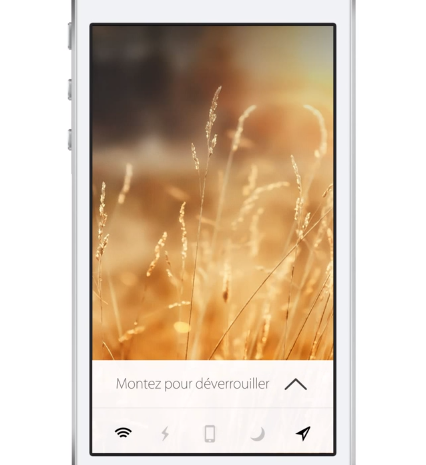 One of the more recent features of iOS are the notification bubbles, and while they are useful per se, not everybody is taken by their “bubble” form factor. Moreover, the inability to deal with notification bubbles on the spot makes the process of dealing with many notifications particularly cumbersome, and with Apple famed for bringing half a new feature at a time, the notification infrastructure post iOS 5 is still in need of some fine tuning.

While Apple continues to drip-feed, Kerroudj’s design turns the entire look of the lock screen, and certain native apps like Calendar, completely on their heads. I think you’ll agree, the new design is not only more practical, but looks a million times better, and as we wait to see what Ive and his team of specialist developers have up their sleeve.

The revamped look is so different that, in actual fact, the home screen icons look a little out-of-place with the newness. Whether iOS 7 will change the look of the home screen that much remains to be seen, but while they would probably have to be tweaked to fit in with Kerroudj’s look, there are definitely more pressing issues for Ive and Co. to worry about.

What do you think of this concept; major improvement? Or are the issues with iOS 6 rather overstated within the tech community? Please do share your thoughts via the usual channels below!

(Source: Apfelpage.de) Thanks, Marco for the hat tip!