Elk, the currency converter app that gained quite a bit of traction earlier this year, has received a new update, adding a feature that, it is probably fair to say, none of us saw coming but certainly speaks to the ingenuity of the developers involved.

It’s true that currency calculators are great fun, and more importantly, they are really useful tools when travelling abroad but sometimes you just want to be able to get a quick glimpse of an exchange rate table to give you an inkling of how much a currency is worth in local money, and now Elk offers exactly that from, of all places, the iPhone’s Lock Screen. 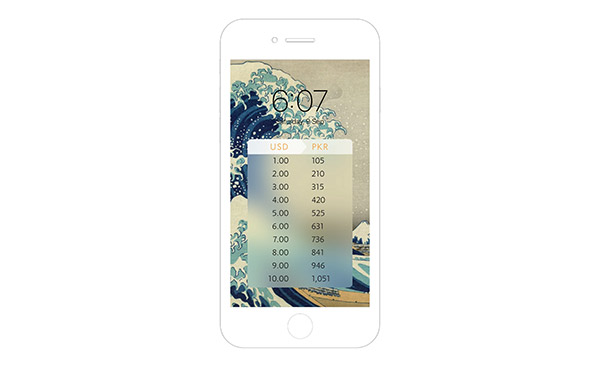 According to the folks behind Elk, the new feature comes from the fact that they used to set similar tables as their wallpapers so that they could get quick access to the data they needed, but this update takes things a step further. What the app actually does is take a table and attach it to whatever wallpaper you want, but while that would obviously work, the outcome would be somewhat low-tech, and when you have an iPhone with 3D Touch in your hand, there has to be a better way.

With Elk, there is, because what the app will do is turn your wallpaper into a Live Photo, which can then be used as a live wallpaper, with the currency exchange table only displayed when you invoke 3D Touch.

That means that normally, you will not see the table at all, but when you want to know how much that coffee will cost in your native currency, you can just push a little harder on your iPhone’s display and check – magic, or almost magic at least. The new feature is available as a $3.99 in-app purchase with a free 14-day trial. Note that even though the photo is live, the currency conversion table is not. 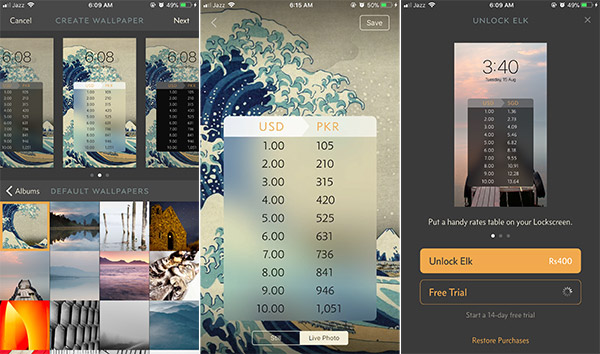 The update to bring the Live Wallpaper feature to Elk is live in the App Store now with the app itself being free, so if you need to convert currency regularly, this is well worth the download even if you do not take advantage of the new feature.