Visually speaking, iOS’ Springboard “launcher” hasn’t changed much over the years. If you look at the iOS 1 vs. iOS 6 image we’ve placed after the jump, you’ll find the preceding statement to be very much true.

With Android reaching iOS levels of spit and polish, iOS is starting to feel long in the tooth. There is a long list of instances where iOS’ feels outdated compared to Android, and I will discuss that in a separate post.

However, since this article is about a certain concept video, I will say that the lack of glance-able information in iOS is a noticeable drawback over Android’s support for Widgets and Windows Phone’s Live Tiles system. 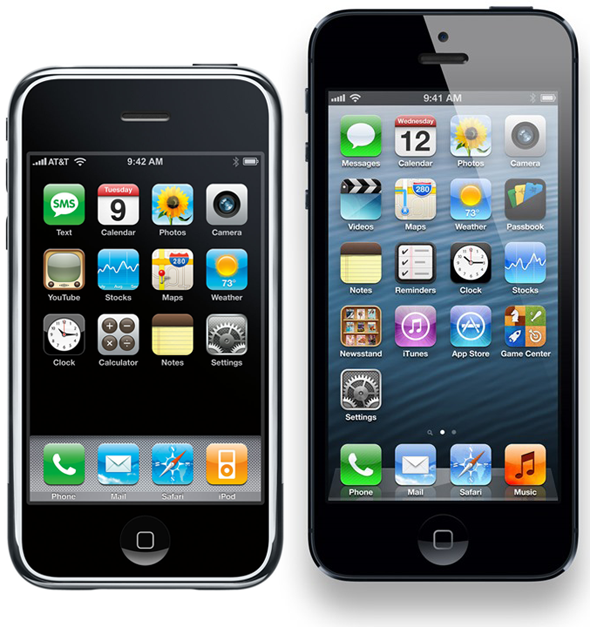 The reason for this is simple: for iOS, Apple prioritized looks and usability (user experience) over actual functionality. As you will remember, early versions of iOS did not have even the most basic of features like MMS, cut-copy-paste, multi-tasking, wallpapers. These features were implemented late, but they were implemented right.

Now, there are many ways Apple can implement this in the next major release of iOS.

We’ve covered one such method before. Conceptualized by Jan Michael Cart, Dynamic Icons would, well, show you notifications right on the icon itself. Zooming into the icon would let you preview the notifications much like your standard Android widget.

We came across an all new concept today: Resizable Apps. Created by Max Rudberg, it lets you resize your standard iOS icons to 2×2 or 4×2 size to display things like toggles for Settings, the latest emails for the Mail app and your Alarms in the resized Clock app. It’s an interesting mix of Windows Phone’s tile resizing and Android’s widget system. 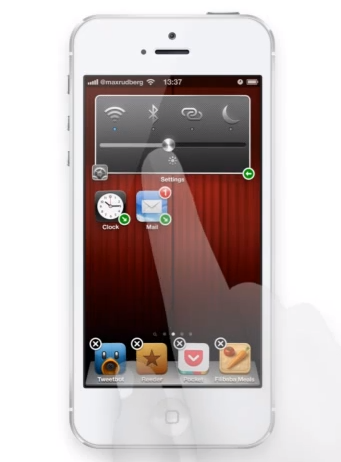 I’d love it if Apple introduced widgets-on-home screen feature like this. Sure, Apple does always talk about “innovation” and “creativity”, but they have ripped-off plenty of features before: Notifications Center and OTA updates from Android, iMessage from BlackBerry etc.

Check out the video below:

If you were tasked to come up with a system for glance-able information on iOS 7, how would you go about it? Let us know by leaving a comment over on our Facebook and Google+ page.