This Case Gives Your iPhone That BlackBerry-esque Physical Keyboard [VIDEO]

There was a time when BlackBerry dominated the smartphone market with an iron fist, physical keyboard, and promise of an exclusive, secure app that we still refer to as BBM. The BlackBerry days are well and truly over now, with the Canadian company’s well-documented fall from grace seeming only to speed up in the previous few months, but despite this, we all know those BB owners who remain defiant that they won’t cave in to the glamour of an iPhone or Android smartphone.

The main reason, I find, for people feeling this way is the famously responsive physical keyboard, but if there was a way for these users to enjoy the key-tapping benefits of owning a BlackBerry while taking advantage of the very much more advanced iOS ecosystem, surely every BB owner would wave the white flag? Enter: Typo Keyboard Case. 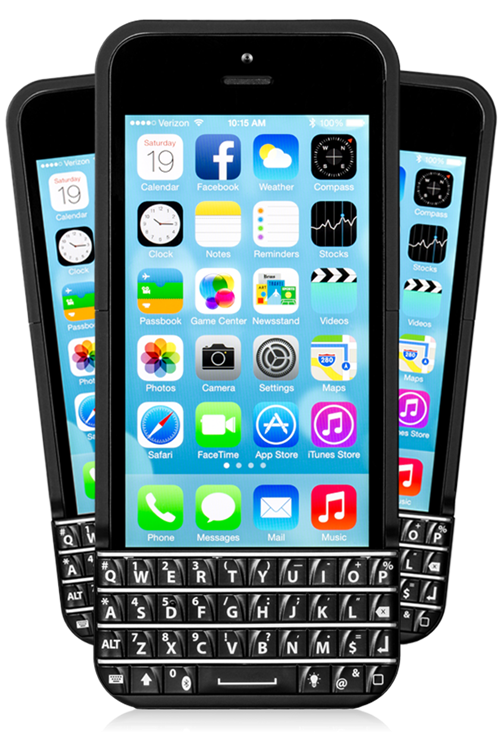 As a user of just about every major platform going, I have to say, typing on iOS, for lack of a more eloquent, explanatory word, simply sucks. On Android, you can install your own keyboard to suit the way you type, and almost every option available over at the Play Store is more dynamic, advanced and user-friendly than the stock iOS keyboard.

It’s grossly one-dimensional, and with the famously inappropriate (and sometimes censored) autocorrect still wreaking havoc even among seasoned typists, mistakes stemming from the difference between what you thought you typed and what you actually typed are aplenty. 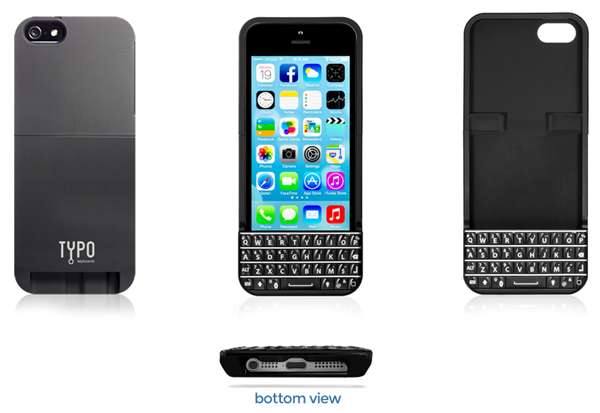 The Typo Keyboard Case is by no means a prayer answerer, but it will provide some respite for those iPhone 5/5s users who sometimes long for their BlackBerry back when typing a particularly long and or tedious message. It’s comprised of a case that slides onto the back of your device, leaving a keyboard exposed at the front. It does elongate the already disproportionately long smartphone, but at the same time, brings the perks of a physical keyboard right to your iPhone.

Before you ask: yes, it is indeed backlit, and charging up time is an impressive one hour for a full battery. It connects to your iPhone via Bluetooth (of course), and for $99, looks a very good deal for those with less delicate fingertips.

It arrives in January, but you can preorder now by heading to: TypoKeyboards.com