This Brand-New Camera Sensor Could Bring 1080p, 60fps Front-Facing Camera To The Next iPhone

It’s fair to say that, while the rear-facing cameras of mobile devices seem to be improving vastly with each year that goes by, the front-facing snappers are used sparingly due to their vast inferiority. In fact, video calling aside, you’d have to be pretty mad to take any snaps or record any clips using your smartphone or tablet’s front shooter, but a brand-new sensor from Omnivision could see this trend well and truly bucked.

Since front-facing cameras have precious little room in which to reside, a decent performance is seldom achievable, but the research of specialist outfit Omnivision has seen the creation of a a sensor packing 1080p recording into a space of just 5mm by 5mm by 3.5mm. As well as 1080p, the Omnivision OV2724 can also capture at a frame rate of 60fps, which is great news for all those Skypers out there.

With what is also said to be a relatively strong dynamic range to boot, it is certainly exciting progress, but since it will not actually be mass produced until the summer of 2013, don’t expect it to be headed into any new smartphones until at least the end of this year. While the tech may just have come a little too late for the next iPhone’s FaceTime camera, there’s no reason to suggest that next year’s Apple releases, along with the next biggies from HTC and Samsung, may not also get in on the act next time around. 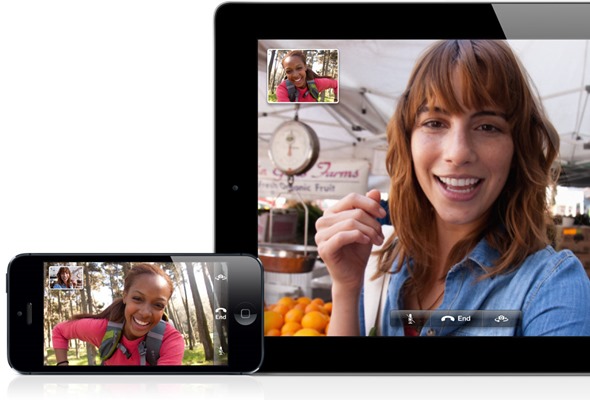 The front-facing cameras have long since been owed a degree of consideration, having played a supporting, almost passive role ever since they became commonplace components of the mobile world. When one considers how far the main camera has come along in the past few years, it wouldn’t be all that surprising to see the currently handicapped 1-3 megapixel front camera offers crisp, sharp video and photo capabilities before too long.

I certainly do hope the Omnivision sensor is implemented sooner rather than later, and we’ll certainly be keeping our eyes open here at Redmond Pie for any further developments regarding when and which devices may be among the first to offer true HD front-snapper recording.