Although iOS 6 has generally been classed as a triumph and definitely represents evolution of the software, there are still some users who feel that Apple has regressed with certain aspects of the firmware. Long time iOS device owners are used to firing up the Maps app and getting information fed back from the trusted Google Maps service, something that is non-existent in a stock installation of iOS 6 thanks to the inclusion of Apple’s own vector-based mapping app. Some people just don’t like change, and if you happen to be one of those people then the ClassicMap app on the App Store might be what you need.

The ClassicMap app does pretty much what the name suggests and brings a recreated Google Maps experience to users who have devices running iOS 6. There is no jailbreak required and this installation isn’t a replacement for the new native Maps app which Apple now provides, but instead, it is a standalone app from the App Store that offers searching and map viewing using Google’s bitmap-based maps. In terms of interface and visual appeal; the developer of the app has obviously tried to match the original Maps app as much he can with a minimal interface consisting purely of a search bar and a tool bar with location and action options. 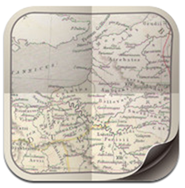 Selecting the additional options button invokes the extremely familiar page curl effect that has been part of the classic Maps app since the launch of the original iPhone back in 2007. The page curl reveals options that allow users to drop pins onto the map to pin-point a specific location or to print off a copy of the currently displayed map. The option to switch between standard, satellite and hybrid map types is also included as well as allowing users to easily flick between Google Maps and imagery taken directly from Apple’s own vector maps using the MapKit framework. 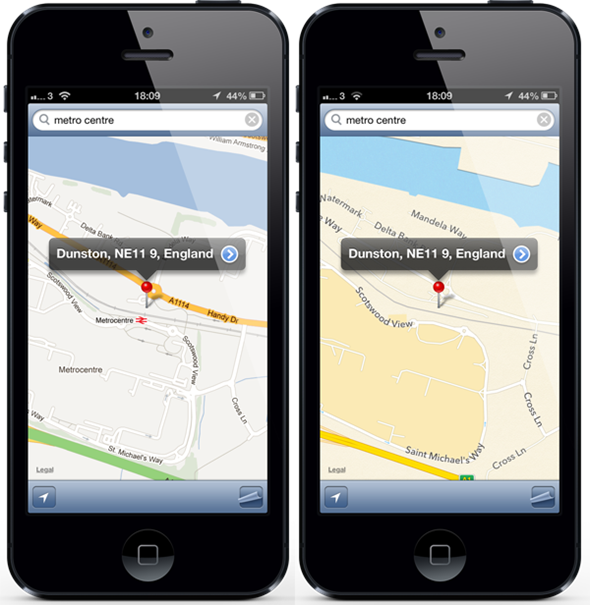 The ClassicMap app will definitely appeal to those who want to enjoy and experience iOS 6 but strongly dislike Apple’s representation of what a mapping app should be. The only issue I found was that the search functionality within the app is nowhere near as powerful or accurate as the official classic Google Maps in iOS. Nevertheless, it’s free and universal with full iPhone 5 support. 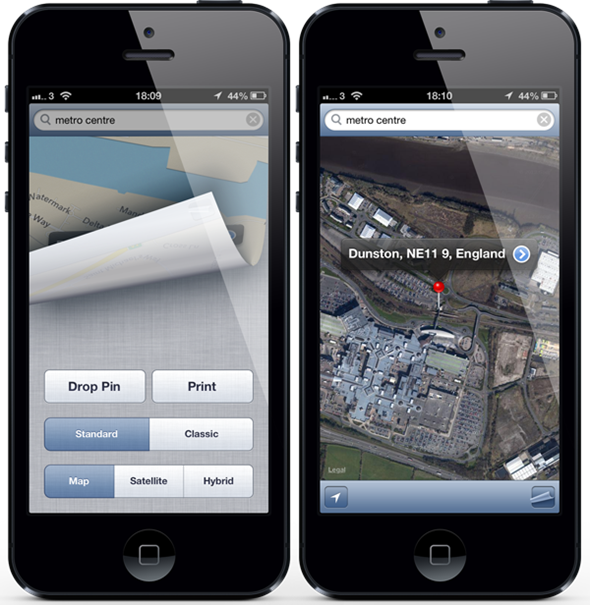 (Source: ClassicMap for iPhone and iPad on App Store)