Apple’s Lightning Authentication Chip Has Been Bypassed, Third-Party Lightning Cables And Docks On Their Way [VIDEO]

We already know that Apple has taken the decision not to produce any official dock for the iPhone 5, while it came as a bit of a disappointment to those who love to have their iPhone stand upright on their workstation; it didn’t cause too much of a fuss considering we pretty much knew there would be an influx of third-party docking stations hitting the market that would work harmoniously with the official Lightning to USB cables. iPhone5mod, a Chinese accessory supplier, has gone one step further and launched a full dock-plus-cabling solution.

Although the Cupertino-based technology giants haven’t officially authorized any third-party companies to produce their own variants of the Lightning cable, it looks like iPhone5mod has reverse engineered and bypassed the Lightning authentication chip which Apple has been keen to maintain a tight grip on. The availability of the product won’t exactly raise smiles at 1 Infinite Loop but is a definite win for consumers who will see it as a cheaper way of getting their hands on additional Lightning cables and a dock, albeit an unofficial one.

The company in question has opted to make the product available for sale in two separate parts, with users being able to get their hands on the white dock by itself that is connected to a Lightning cable on the rear of the accessory. The dock also has a built-in Lightning connector that allows the iPhone 5 or fifth-generation iPod touch to sit comfortably in. In addition to the dock; iPhone5mod is also offering a rather jazzy looking USB-to-Lightning cable that plugs into the back of the dock and features built-in LEDs that light the cable up from the inside. 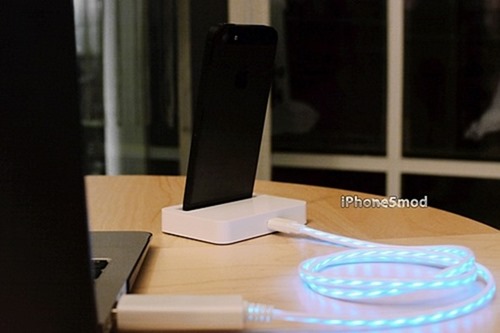 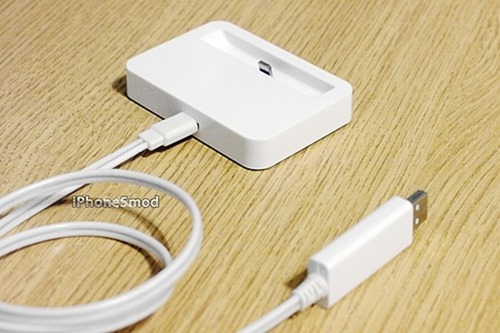 Representatives of the manufacturers have informed outlets that the product is being developed with the official controller chips that have been bought directly from Apple’s very-own suppliers, which means that although it isn’t an official Apple sanctioned accessory, it should maintain full compatibility. iPhone 5 owners, or those who are planning on purchasing a fifth-generation iPod touch will be able to purchase each individual part for $19.90 or get both for $39.90.