Android-based smartphones have their screen resolutions, even of the highest-end sets, limited at 800 (or 854) x 480 pixels. That includes the current top-of-the-line EVO 4G, Desire HD, Samsung Galaxy S and Nexus One. 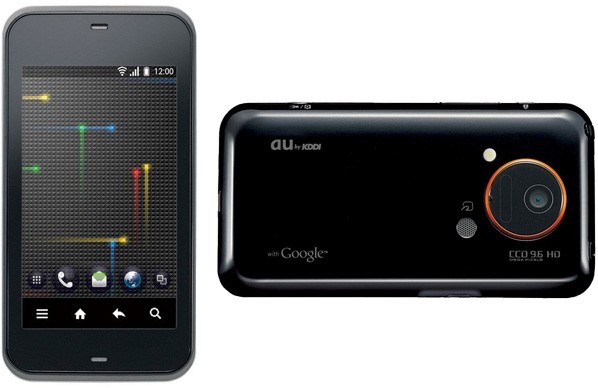 Well, Sharp has raised the standard for Android displays by introduced the IS03 (for KDDI au cellular network): an Android-based smartphone that boasts a 3.5” 960 x 640 res capacitive touchscreen with Advanced Super View technology that is essentially the same as Retina Display’s IPS tech that makes viewing angles possible of up to 178°. This is fundamentally the same display used in iPhone 4 (that recently won the award for Best Overall Display)

Other notable specs include a whopping 9.6 megapixel camera with image stabilization, built-in TV tuner and Osaifu Keitai which allows IS03 to make payments directly from the phone in places like your local subway (the metro, not the Subway fast-food franchise).

It’s Japan-only. So unless you’re in Japan, we suggest you look at it, gasp in awe and move on. [via Engadget]