Smartphones, in general, have evolved greatly over the course of past few years, with the recent of them seeing the most significant, defining moments in the mobile device technology. With its Retina display introduced in iPhone 4, Apple started a feud that particularly focused on higher resolution screens with remarkably deep blacks and crazy contrast ratios. The trend didn’t stop there, either, as certain manufacturers continued to raise the bar in the pixel density arena even if the Cupertino giant never took it above a certain level. These days, several high-end Android smartphones are boasting a true HD, 1080p screen packed in just about 5” of diagonal real estate, giving the crispiest displays that we’d ever dreamed of, to date.

On my end, I firmly believe that a smartphone is as much a personal statement as your fashion/apparel choice or hair style, and for which reason it contains several personalization options, like ringtones, notification alerts, LED configurations, display themes, and at the most basic level, wallpapers. Even if your smartphone doesn’t come with a bundle of all these options, it’s bound to have the option to change wallpapers. What usually happens, however, is that looking at the same background image tends to get boring after a while, and you’re required to go looking for a fresh one to a new look. That’s where XDA member alinium_’s new app, Gainos Fresh Wallpapers, comes into play. 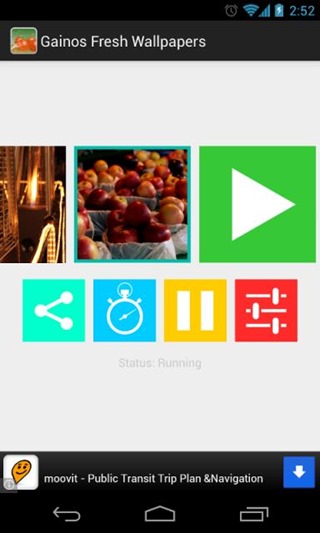 According to the developer, he developed Fresh Wallpapers because he wasn’t happy with looking at the same background over and over, and wanted a solution that would change the outlook every other time he picked up his Android device. That’s precisely what the app does; it captures images from Flickr’s Explore feed, and updates your Android device’s wallpaper at regular intervals, ranging between 30 minutes to 2 days. 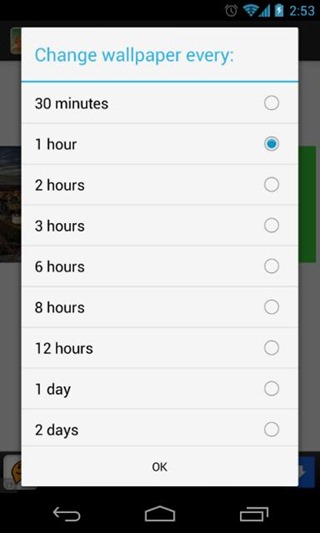 Gainos Fresh Wallpapers may seem similar to a lot of other apps that plague the Play Store, but it has some differentiating aspects. For one, based on your device’s screen resolution, the app will look for appropriate images from Flickr, resulting in higher resolutions for higher screen densities. Then, in order to save data charges, you may set it to download images only when connected to Wi-Fi. Fresh Wallpapers remembers your last 10 picks, so that you can easily go back to a previous background that you fancied. Finally, for devices running Android Jelly Bean and above, it also supports the Daydream feature to kick start a screensaver when the device is docked. 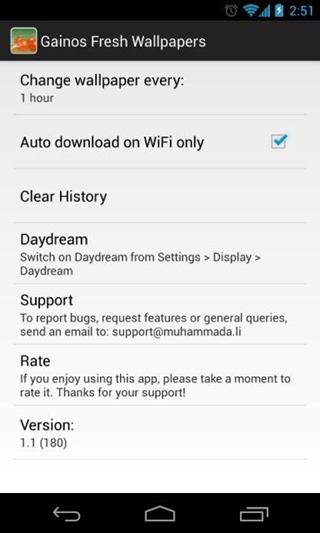 The app is available for free over at the Google Play Store.