This 27-Year Old Mac Plus Can Surf The Web! [VIDEO]

When Jeff Keacher decided that he wanted to try and get his 27-year-old Mac Plus online, he knew the challenge that he had set himself would require a substantial amount of time and effort. Things have advanced a great deal since the antiquated Apple desktop was released, and to try and connect it to the TCP/IP Internet we enjoy today was a pretty ambitious task, to say the least. But with a little perseverance, he managed it, and although the result isn’t quite the Safari / Chrome / Firefox-injected, seamless browsing experience of this Digital Age, it’s still a very commendable achievement.

The Mac Plus had been unused for almost two decades, but like all old gadgets, he couldn’t resist firing it up for the sake of nostalgia. Intriguingly, the tech specs, consisting of an 8 MHz CPU, 4MB RAM, 50MB hard drive, and 512 x 384 pixel monochrome display, wouldn’t even keep a modern-day smartphone ticking over, but since this particular unit still appeared in decent working order, Keacher then proceeded to try and get it up and running on the Web. 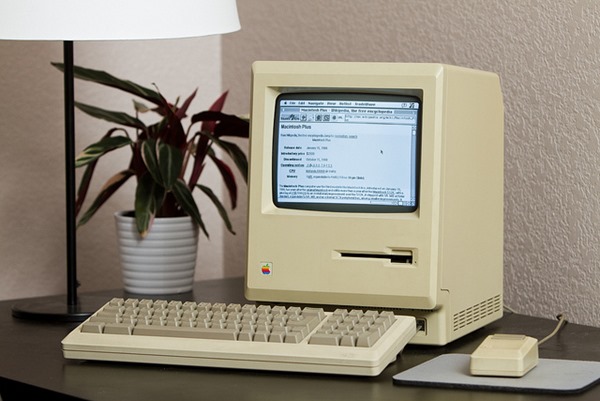 His to-find list was relatively clear: Keacher needed a Web browser, TCP/IP stack, and a way of hooking the machine up to his network since, surprisingly, the Mac Plus didn’t ship with Ethernet. The Web browser issue was quickly resolved with MacWeb 2.0, and with MacTCP also seeming to play nicely on System 7.0, all he then needed to find was a way to physically hook his Mac Plus up to an Internet connection.

With no SCSI to Ethernet adapters lurking around, Keacher had to jump through hoops by incorporating the hackers’ own Raspberry Pi. As he explains himself:

I set up my Raspberry Pi and ran some Cat-5 to it from the router. Using a level shifter and a variety of old adapters, I managed to get a serial cable working between the Pi and the Mac. That took care of the hardware.

Since MacWeb had problems with HTTP 1.0 support – or a lack thereof – Keacher had to consult a friend to write him a filtering proxy. But this final step proved to be the final major hiccup as once the proxy was complete, he successfully managed to get his Mac Plus online. Check out some of the screenies below for evidence of the makeshift browsing experience in full flow: 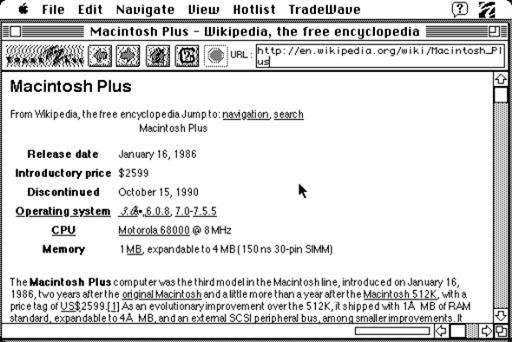 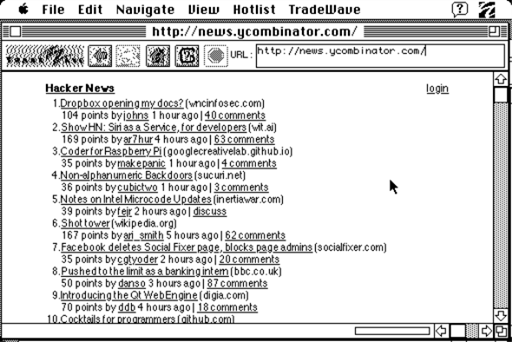