Despite explicitly stating, “I want you to be confident that Apple is not going to change” in his first company-wide email to Apple employees after officially assuming the role of CEO at Apple, Tim Cook appears to be making plenty of changes to the company, albeit small ones if you really look at them, according to a report published earlier today. 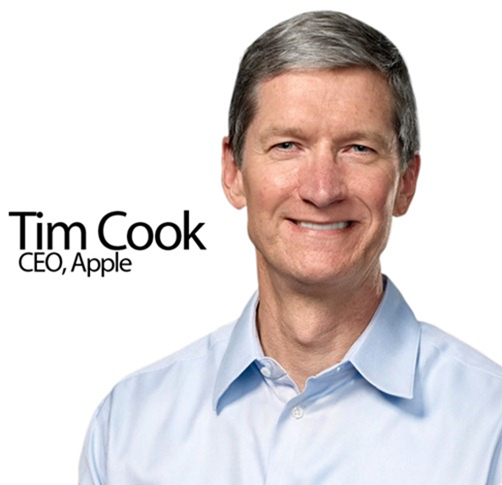 The news comes from The Wall Street Journal – an international English daily – in  a report in which they cite “people familiar with the matter” who claim that Cook is taking interest in some of things Steve Jobs never really cared about, including things like promotions, charity and is actually making changes to the way the company is structured.

Tim Cook is also taking interest in charity has which, as you all may or not know, Steve Jobs never did in his time. A charitable program has reportedly been announced by the new CEO which promises employees that their donations – of up to $10,000 a year – to non-profit organizations would be matched by the company in the United States.

Promotions and structural changes stated by WSJ include Cook promoting vice-president Eddy Cue to the position of Senior VP, Internet Software and Services and splitting Apple’s education division into a separate sales arm and marketing arm. Cook is, reportedly, also more open and accessible to employees, besides being “surprisingly candid” with shareholders which Steve Jobs reportedly wasn’t in his time.

In recent weeks, Mr. Cook has tended to administrative matters that never interested Mr. Jobs, such as promotions and corporate reporting structures, according to people familiar with the matter. The new chief executive, 50 years old, has also been more communicative with employees than his predecessor, sending a variety of company-wide emails that address Apple employees as "Team," people close to the company said.

Besides the announcement of a charitable program, these changes seem pretty insignificant to us. This is probably because we are customers of Apple; these changes will be felt, perhaps, only by people who work under Tim Cook.

Apple’s culture – which drives innovation and gives great importance to design that not only looks good and also works well – will not be altered in any way, we hope. After all, Tim Cook – who started working at Apple in 1998 and became the Chief Operating Officer in 2005 – understands well the importance of maintaining Apple’s culture which has been responsible for the company’s success after Jobs returned to Apple in 1996.