The ‘SE’ In The iPhone SE Stands For ‘Special Edition’, Confirms Apple

We will never truly know or understand the inner workings of Apple and why the company comes to the decisions that it does. In fact, that pretty much goes without saying for the majority of big corporations who live within the public eye. In terms of decision making and thought processes, there’s been a lot of emphasis placed on the “SE” naming convention of the new 4-inch iPhone, and what those initials could stand for, with ideas ranging from the entirely plausible to the entirely wacky. Apple’s Senior Vice President of Worldwide Marketing has now officially killed the need for conjecture by confirming that the SE stands for ‘Special Edition’.

As part of a discussion with journalist Jason Cipriani, Apple’s Phil Schiller has instantly put to bed the rife social media speculation by confirming that the iPhone SE can actually be expanded out to be called the “iPhone Special Edition”, if you so see fit.

That means we can instantly move on to using social media services like Twitter and Facebook for more important things, like sharing selfies and pictures of our latest meal. Of course, the likelihood is that the Internet will continue to come up with different suggestions over Apple’s official naming convention.

Before Schiller actually went and spoiled everyone’s fun by actually telling us what the SE officially stands for, the Internet had come up with some highly entertaining options. One Twitter user says that the ‘SE’ could stand for “Super Encrypted” as part of Apple’s tries to “stick it to the government”. That’s obviously a fairly open play on the fact that Apple and the FBI are currently in disagreement about encryption on the iPhone. Another Twitter user suggested that it could stand for “Still Expensive”, whereas others were still confused about what the “S” stands for in devices like the iPhone 4s/5s/6s, and couldn’t even hazard a guess about this latest 4-inch device. 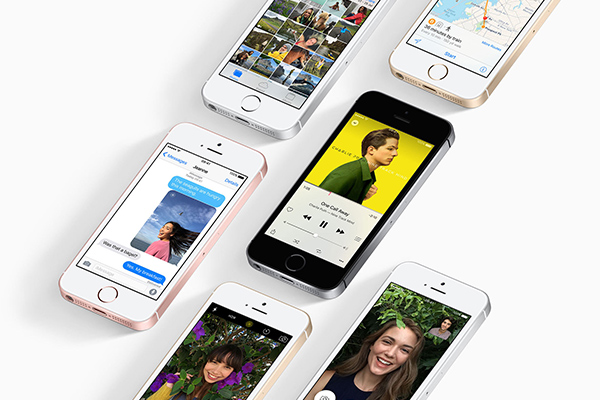 Apple used yesterday’s “Let us loop you in” event to officially introduce the iPhone SE in what could potentially be the shortest product event we’ve seen from the company in years. Lasting just over 60 minutes, outputs of the Spring 2016 event included the iPhone SE, a 9.7-inch iPad Pro, new Apple Watch bands, and the introduction of a new framework called CareKit, designed to allow developers to produce more health orientated apps.