Simon Pierro, a self-made German magician has published a demo of a preview version of iOS 5. We admit it, it’s not the real iOS 5, but it’s loaded with "magical" features that makes many of us wish it was real.

Simon, using his iPad running "iOS 5", begins by literally pulling out the home screen, ending up with a sheet of thick paper with icons on his hand. He then shows off the new Pictures app, where he turns a picture of a beach in early afternoon into a sunset by simply dragging the sun down, and into night time by dragging the sun out. He then puts the "sun" in his pocket to "keep him warm".

Among the other features he showed off, there’s a "tennis App", which supposedly allowing the iPad to be used as a tennis racket, using a provided ball that can, you guessed it, be dragged out of the device’s screen; and a new version of FaceTime, with new streaming capabilities – and by that he means streaming drinks back and forth between friends, all through a straw, which itself can can also be dragged out of the device. 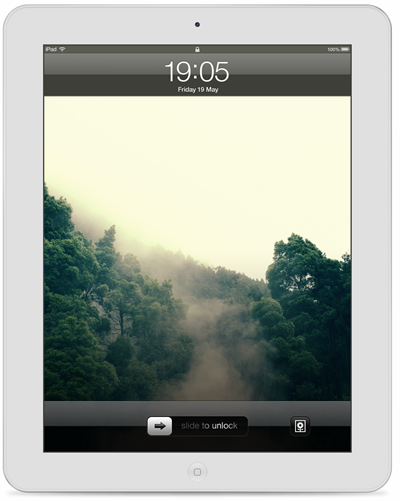 Pierro isn’t the first to show off "magical" iOS 5 features. Back in summer 2007, when the iPhone first came out, there were a few Apps that allowed for a few magic tricks, such as making the then-$600-phone look like it was able to make popcorn, work as a shaver, an X-Ray machine or just an old-fashioned coffee maker. It was around that time that Marco Tempest, a well-known YouTube illusionist, published a video demonstrating some of those "features". It has received nearly 9 million views since it was posted 4 years ago.

It’s important to stress once again that this iOS 5 video was made by a magician and is not real. The real iOS 5 will be demoed on Monday at WWDC and is expected to have much more realistic features, such as widgets and a better notification system.

Who knows, maybe 100 years from now we’ll have a device with some if not all of those "magical" features. I’m certain that 100 years ago, anyone would find a computer "magical".

We’ll provide you detailed coverage of WWDC as it happens. Hopefully this didn’t cause us to set our bar way too high. After all, it’s still 2011.