‘The Interview’ Gets A Release Date For Netflix Streaming

The Interview has, since its announcement, been shrouded in controversy. For its flagrant mocking of North Korea, it hasn’t exactly helped preexisting tensions, and after a stuttered release, remains conspicuous by its absence on Netflix. Not for long, it would seem, for at its latest earnings call, Netflix confirmed that the flick will be available to subscribers from later this month.

The precise debut for The Interview is slated for January 24th, and barring any unforeseen delays, will be available to watch for those paying the monthly fee at no extra cost whatsoever. For those who’ve already spent the money to see The Interview, it’s a bit of a kick in the teeth, but if you’ve yet to view it and remain eager to see what all the fuss is about, then you have only a couple of days left to wait. 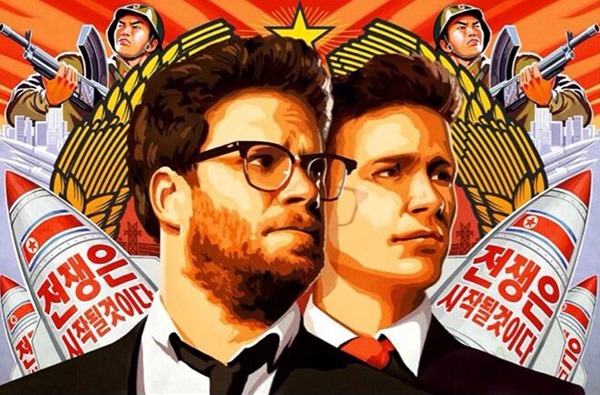 If you’re in the United Kingdom and wondering when this much talked-about movie will be hitting cinemas, that particular date stands at February 6th. Meanwhile, the stream on Netflix will only beam out to those in the United States and Canada, so although we now have a better impression of the state of play, the fragmented release remains as such.

Netflix remain the go-to streaming service for lovers of movies and TV shows far and wide, although many still lament the amount of time it can take for certain content to be made available. It is for this reason that many still turn to, shall we say, less than legitimate means in order to avail the most recent releases, although if The Interview has been on your “to-watch” list for some time, you’re just a couple of days away from the Netflix launch.

The Interview has been one of the more polarizing movies in recent years, but despite the major Sony hack and the looming possibility of the whole project being shelved indefinitely, it has wriggled through to market in defiance of the naysayers.

Have you been waiting ever-so patiently for The Interview to hit Netflix, or have you already seen the flick through other digital distribution services such as the iTunes, Google Play, Xbox Video etc? Do be sure to share your thoughts and comments via the usual channels below – it’s always great to hear from you guys!