The Apple Vs. Samsung Case Summed Up In Three Images

If you have been paying any kind of attention to the technology industry over the last week or so then you should be well aware about what is going on right now in the state of California. Two of the world’s largest technology companies, and the world’s largest smartphone vendors, are involved in a legal wrangle that involves the alleged infringement of certain design patents, though which Apple is attempting to prove that they are due more than $2 billion in damages.

Although the case is bubbling away in the background for the last fifteen months or so, it has eventually reached trial status with the main accusation from Apple being that Samsung have intentionally and purposefully changed the designs of their mobile products to capitalize on the success of the iPhone and iPad. As you would expect, the South Korean electronics giants are vehemently denying the allegations, and in turn, throwing their own set of accusations at Apple in the hope of turning the case in their favor and having certain interim sales bans overturned permanently.

Both sets of legal teams will have an absolute stack of evidence to present during their twenty five hours of allotted legal time consisting of internal documents, emails and memos but in the hope of convincing the assigned jury that Samsung did indeed "slavishly" copy Apple’s design. Apple has submitted three images to be considered as evidence that clearly show a range of Samsung mobile telephones which predate the announcement of the iPhone as well as Samsung’s devices that have been released after January 2007. 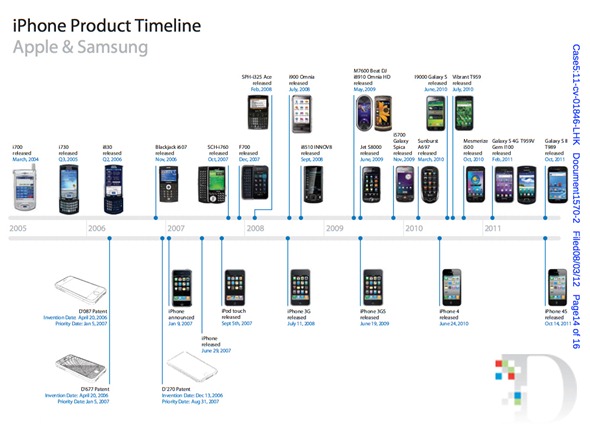 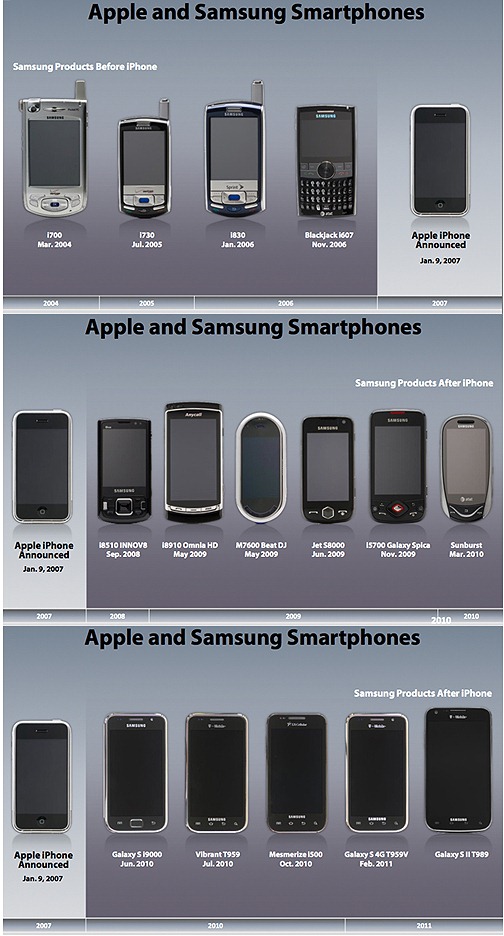 Some of us may be familiar with similar images that have been doing the rounds on the internet for quite some time, but these three graphics take things a little further by breaking the releases down into years, and in all honesty, it looks to us that the aesthetics of the Samsung products have dramatically changed to fall in line with the visuals of the iPhone. The same can also be said for the tablet devices which Samsung has released in the time following the original launch of the iPad in 2010. 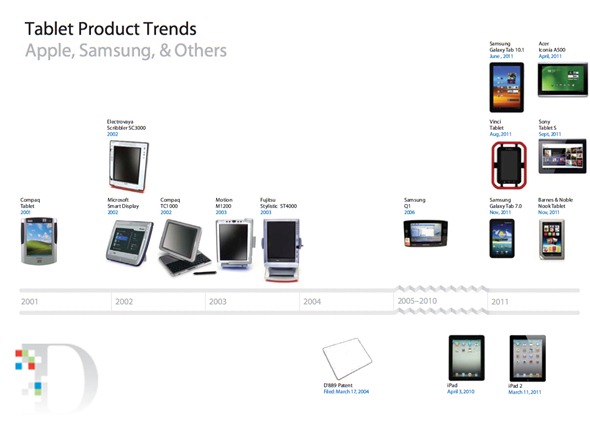 The old saying of "a picture paints a thousand words" seems to be extremely appropriate in this instance, as the images do clearly seem to show a massive shift in Samsung design strategy that happened after Apple launched the iPhone and iPad. With that said, it doesn’t necessarily indicate that this is infringement of design, and it could be put down to the way the industry was heading with design trends, as we have seen in the past that styles and certain aesthetics do come into fashion. Take a look at the images and draw your own conclusions on this one.