Google’s Chrome web browser has long had a reputation as an app that uses a ton of RAM, especially on Macs. Now some new research might be confirming exactly that.

According to a new blog post by Flotato browser developer, Morten Just, they set about running some tests when they discovered that their Mac was struggling under the load. 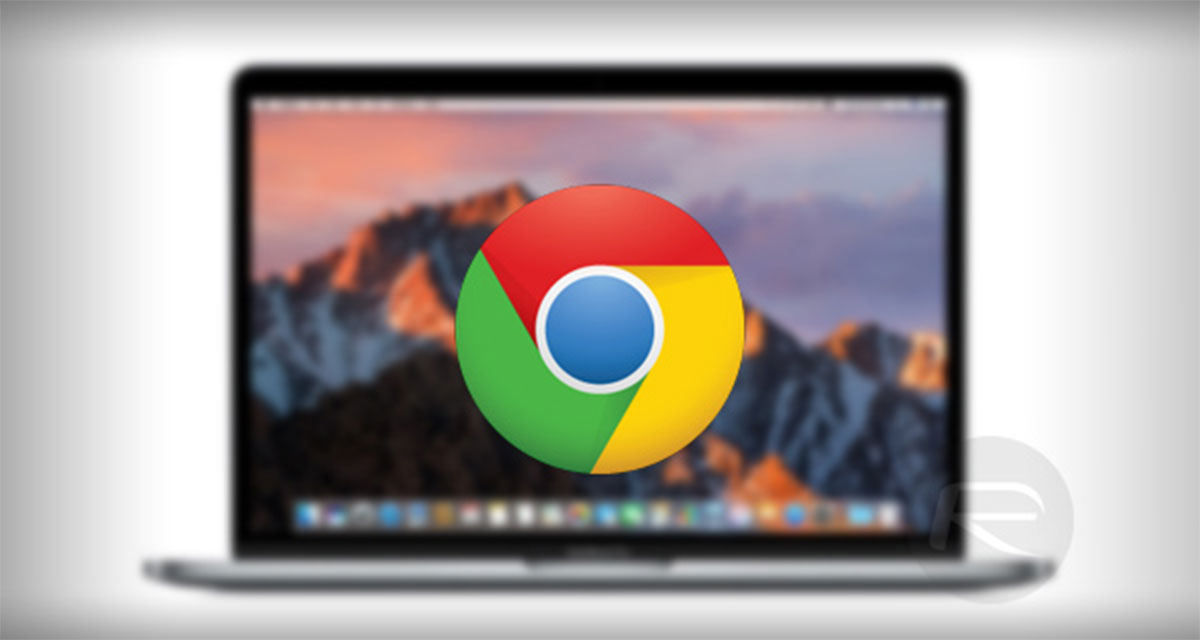 I reached a point where I could barely hear the podcast I was trying to listen to. That’s how loud the fan was. Then I closed down all open Chrome windows, and a few minutes after, the fan went silent. So I decided to see if it was just me.

I ran the 2-tab test in a completely fresh macOS install on a virtual machine. Then I ran the 54-tabs test on my own Big Sur installation, but with all extensions disabled. To record a usage snapshot ~250 times per second, I used psrecord.

The results were breathtaking, with Safari needing just 27MB of RAM compared with the 730MB of RAM eaten up by Chrome. 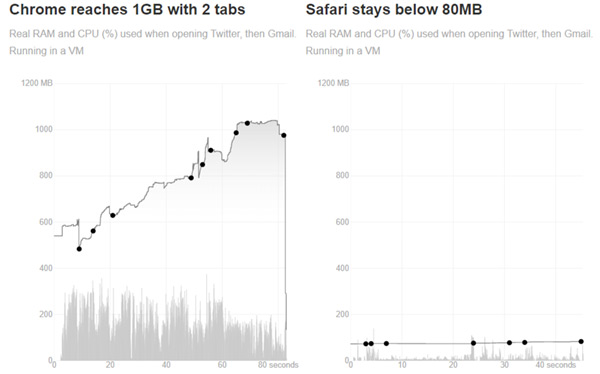 Opening more tabs just things worse, as did running the same test on a beefy 16-inch MBP with an i9 processor and 32GB of RAM. 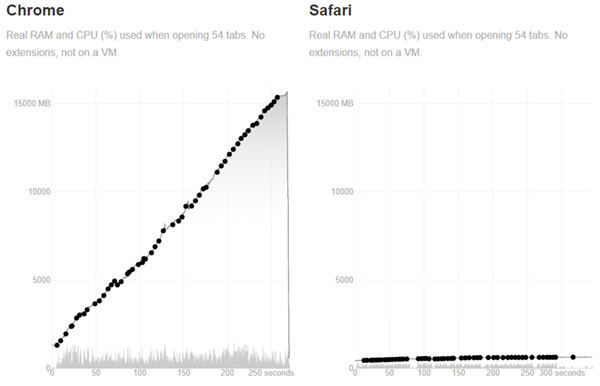 Yowzers. Anyone using Chrome to read this might want to look at just how much RAM it’s using right now.