There is a certain order of things whenever a new piece of technology is released. There’s the big, flashy announcement event with lots of press, some music and a few over-excited executives. There’s the first reviews. Finally, there’s the teardown of the poor thing by the people at iFixit, laying the new tablet, smartphone or whatever bare for all to see. It’s a strangely voyeuristic thing, and we love it.

If you’re the kind of person that likes to see a phone’s guts then you’re no doubt already acutely aware of the work that iFixit does. The premier place on the web for step-by-step repair instructions and photos, iFixit has broken its fair share of news, too. Thanks to iFixit, we always know what cameras smartphone makers are using, and what chips are at the heart of the latest tablets.

Now you can keep up to date with all the latest teardowns and have the information with you wherever you go thanks to a new Android app. The app is an official offering from the guys at iFixit, and it’s available to download now via the Google Play store. Oh, and it’s free. 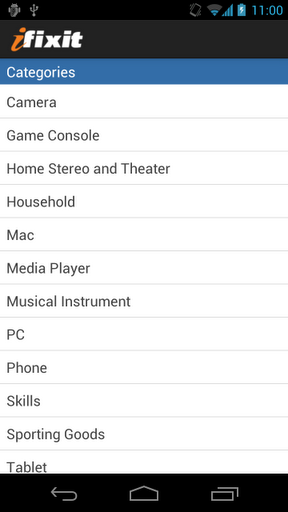 The app itself offers all the same content as its web-based counterpart, with information at your fingertips right when you need it. No more struggling to repair something because you don’t have a laptop handy and don’t fancy using the iFixit website on a mobile device. Now all the data and photos are kept inside a bespoke app that is has everything formatted just right, perfect for referencing on the move. 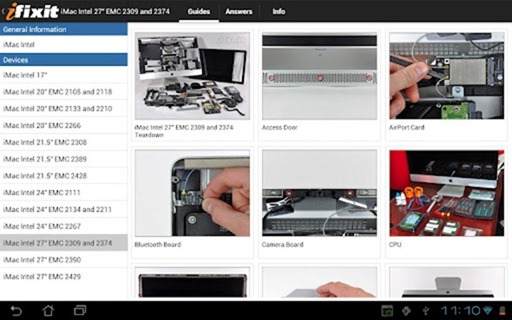 Possibly the app’s biggest feature isn’t really a feature at all. See, those of the coding persuasion and who want to tinker, can have their wicket way with the iFixit app because it is actually an open-source project. That’s right folks, you can take to your keyboards and alter the iFixit Android app as much as you like. It’s certainly a different approach to releasing an app like this, and we’re all for it!

If only we knew how to code Android apps!