Few weeks ago we reported about a new tweak available in Cydia called Parallax that allows you to use Android style panoramic widescreen wallpapers on your iPhone / iPod touch which scroll horizontally as you move along icon pages. But with a new app called 360 Panorama available on the App Store, you can now take your very own panoramic pictures which can also be used as iPhone wallpapers. 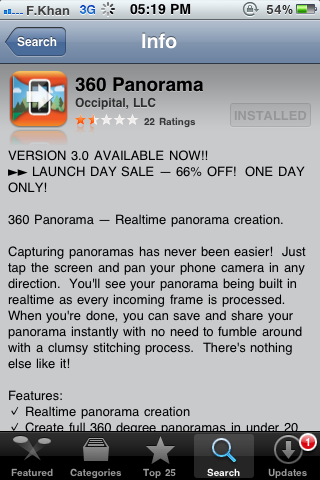 The features which make 360 Panorama stand out from the alternatives like AutoStitch Panorama is that it has a 360 view grid and the app utilizes the iPhone 4’s gyroscope to accurately capture what you’re viewing in real time. The app has built-in light sensing too which is very useful when creating images in a large room where the light levels fluctuate. 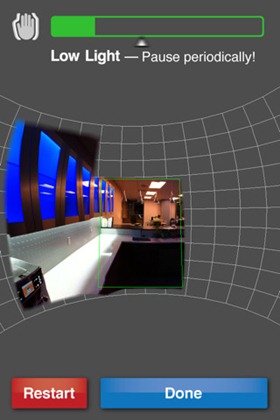 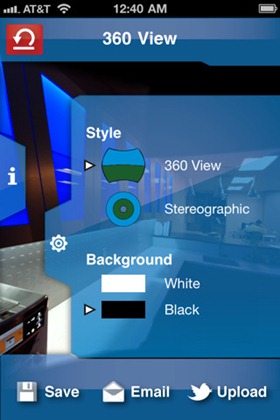 Once the app has finished creating the panoramic shot, it has a really cool feature where you can view it live as a 360 view. Just by rotating the phone, the gyroscope will automatically pan the live shot. Once finished you also have the option to save the image to the camera roll, e-mail it, or just upload to share it with friends and family. 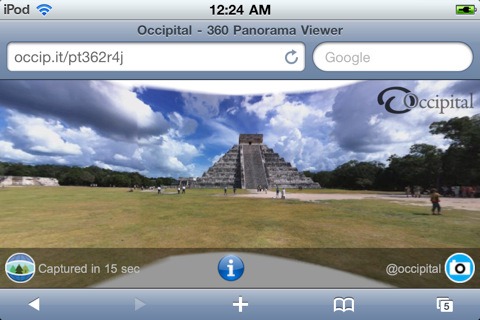 iPhone 3GS is also supported, but of course without the accurate support of gyroscope.