SwiftKey’s Swiftmoji Is An Emoji Prediction Keyboard For iOS, Android

Even after all this time, the jury is still out on Apple’s implementation of third-party keyboards in iOS, but that hasn’t stopped plenty being released. Today, we have a new one to try out, and it’s somewhat different to what you might expect. Coming from Microsoft-owned SwiftKey, the makers of one of the most popular third-party keyboards for both iOS and Android, Switftmoji isn’t really there to let users type words, but rather emoji.

As fans of emoji will attest, sometimes you can be in the middle of a sentence and think to yourself that a little emoji character would be a better bet for explaining your sentiments than a sentence full of boring old words. With Swiftmoji, you can type your words with the standard iOS keyboard, or indeed any other, and then switch to Swiftmoji in order for the magic to happen. 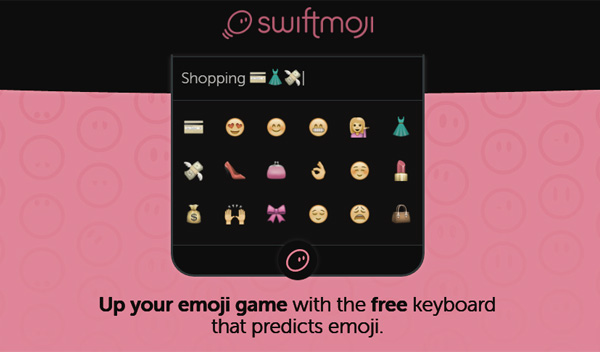 The SwiftKey creation will then use the words already typed in order to predict the emoji best suited to the situation. SwiftKey says that it is basing these predictions on crowdsourced data and will eventually learn an individual’s preference for emoji and predict them at just the right time.

While this sounds great, our concern is the fiddling required in order for this all to come together. Users type using a different keyboard, switch to the Swiftmoji keyboard and then select the emoji they want to use. After that, if more typing is required, the user has to switch back to their standard QWERTY keyboard of choice. It may not be a huge pain in the rear, but it does add friction and friction can be enough to stop people from using things, especially keyboards. 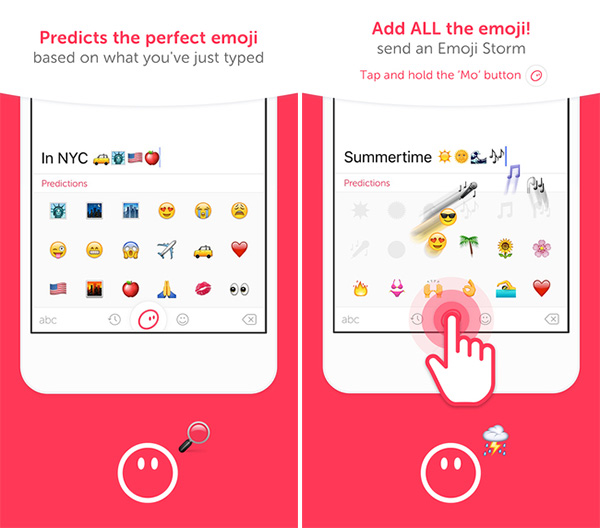 The good news is that you can try Swiftmoji for yourself and make your own judgement. The keyboard is available as a free download for both iOS (iPhone only) and Android.