Various reports have already suggested that this year, Apple will be releasing a myriad of new and exciting products. From the iPhone 6 to the iWatch, iPad Pro to the 4th-gen Apple TV, the blogosphere as been inundated with rumor and speculation. Indeed, Tim Cook already noted earlier on in the year that Apple had some exciting "new product categories" lined up, and now his sidekick and SVP Eddy Cue has added that the fruit company’s forthcoming roadmap comprises "the best product pipeline that [he’s] seen in 25 years at Apple."

Speaking with Re/code‘s Walt Mossberg, Cue opened up about his strong professional relationship with Cook, also noting of how the CEO pays meticulous attention to detail regarding everything he does:

I have been working with Tim since 1997. We started the online store together. Cook is extremely thorough, he has tremendous vision. He cares tremendously about building great products. 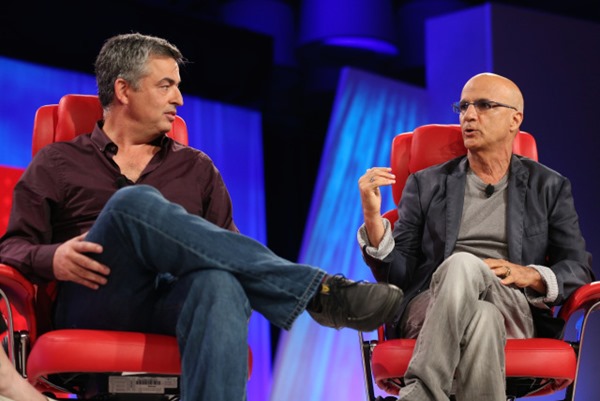 In the interview, which can be seen in full below, Cue went on to express the company’s desire to continue doing "incredible things," and with WWDC 2014 now just around the corner, had this to say on the products currently in the works:

We want to do a few incredible things, and that hasn’t changed. We’re going to keep going down that path… Later this year, we’ve got the best product pipeline that I’ve seen in my 25 years at Apple”

Every year, it seems, we have a situation whereby numerous reports suggest Apple is building this and that product. Indeed, the suggestions of a larger "iPad Pro" or the so-called "iWatch" aren’t exactly new in that both have been outlined on several different occasions before now. But given Cook’s initial words and now Cue’s input, it’s clear that Apple is looking to step up its game this time around, and as if it hadn’t already commenced, here begins the tedious-yet-exciting game of guessing precisely what is in store.

Of all the Apple leaks and speculation currently swirling around the vortex of tech rumors, what are you most looking to seeing from Apple? The larger iPhone 6? iWatch? Or perhaps, like us here at Redmond Pie, you’d simply like the MacBook Air to be duly Retina-fied?

Do share your thoughts below, and if you want to watch the full Cue interview, here it is: