Apple’s Worldwide Developers Conference, otherwise known as WWDC, kicks off in less than two weeks’ time, and in advance of the event’s commencement, the fruit company has just updated its official WWDC app for WWDC 2014. As you might expect, the whole app has been given the standard iOS 7 makeover, accented throughout by a neat orange tint, and if you’re planning on heading down to the event, it provides all of the information you’ll need.

Last time around, Apple threw in quite a few new features with the update to the WWDC app for 2013, but the new version 2.0 is largely unchanged aside from the aforementioned UI tweaks. It is, however, a lot more pleasing on the eye thanks to these minor adjustments, and is now also in-keeping with the rest of the company’s mobile OS.

Speaking of which, iOS 8 is expected to be the main topic of conversation, and from what we’ve heard, there’s much to look forward to. The star of the show, apparently, will be the Healthbook suite, which will allow users to count calories, monitor diet and other fitness and wellbeing-related aspects, but we’ve also heard that there’ll be a standalone iTunes Radio app, Shazam integration with Siri, and a bunch of other exciting additions and alterations. For more info, see our feature-length post on what we know so far about iOS 8, which we’ve linked at the foot of this post. 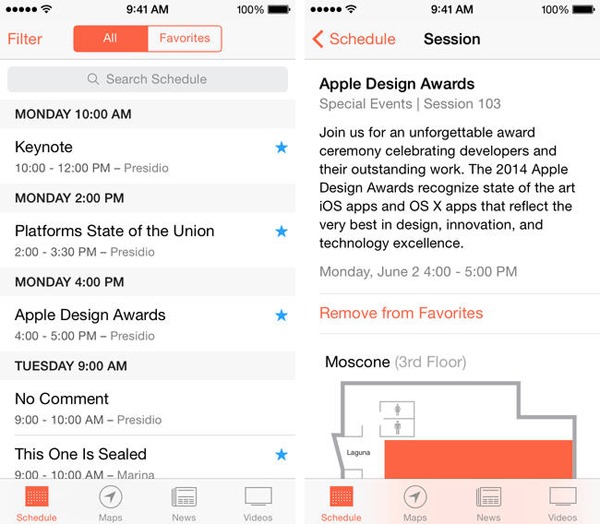 OS X, meanwhile, will also be on the agenda, and like iOS 7 last year, is set for a dramatic design overhaul that will see flattened UI elements and cleaner, sharper lines. It’s expected that we’ll see one or two other new features besides, and if anything, we’re keener to see what OS X 10.10 has in store than its mobile counterpart. 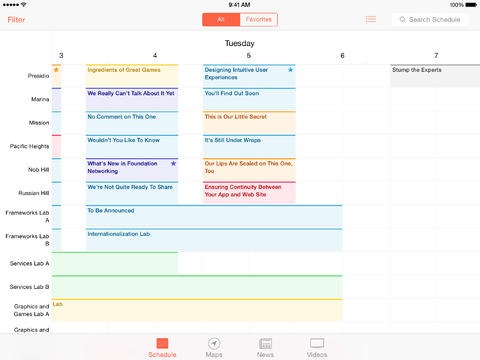 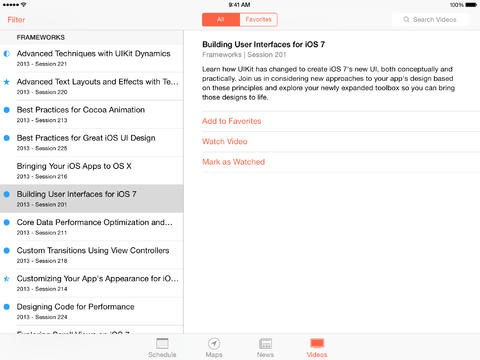 Along with the release of the updated WWDC app, Apple also took the opportunity to confirm that Apple’s big keynote will take place at 10am at the Moscone Center on Monday, June 2nd, with CEO Tim Cook likely to make the big announcements.

We’ll keep you updated on any WWDC-related info until that time, so stay tuned!