Nintendo has today announced that Super Mario Run has surpassed the 40 million download mark, breaking App Store’s record and propelling to the top of the download charts. With the game having only launched a few days ago, Nintendo’s little plumber managed to accrue 40 million downloads in just four days. Of the 150 countries in which it is currently available, Super Mario Run is the top-ranging free game on the App Store in 140, whilst it is in the top ten highest grossing games in 100 countries.

For those looking for context on those numbers, it took Pokemon Go a couple of weeks to reach a figure of 30 million downloads, though it is undoubtedly fair to say that the target audience for Pokemon Go will be significantly smaller than that willing to download a new Mario game.

To celebrate the exceptional start, Nintendo is today launching Friendly Run mode for the game, allowing gamers to race through levels and compete with their friends in order to collect items, including coins.

With Super Mario Run being the franchise’s first actual debut on iOS, or any smartphone platform for that matter, there has been a lot of pent up excitement for the little plumber. With Nintendo struggling to gain traction with its home game consoles these days, plenty of pundits have wondered whether a ditching of the hardware portion of Nintendo would be a good idea, allowing the company to focus on making great games for other devices.

For those who have yet to download Super Mario Run, you can head on over to the App Store and pick it up for free, though there is an optional in-app purchase that is needed in order for the game to progress beyond a certain point – World 1-3, to be specific. The asking price for that purchase has caused quite a bit of controversy, with users expressing unwillingness to spend $10 for a game that is just 6 levels or roughly 45 minutes long. 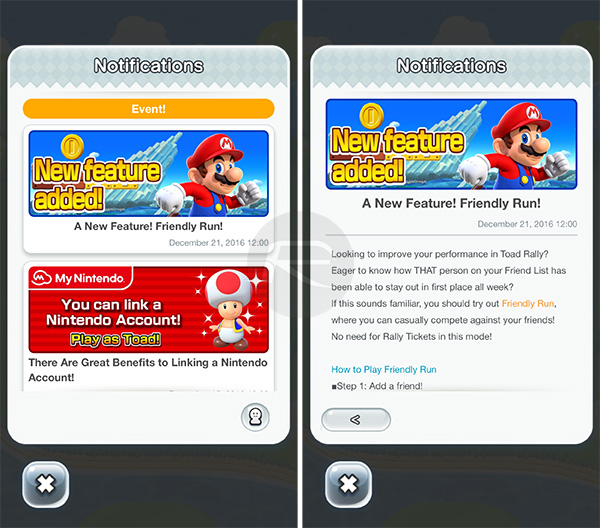 It seems Nintendo is trying its best to allay said concerns by adding features that tie into the main game.