Sunday Will Be ‘Steve Jobs Day’ In California, Memorial Planned At Stanford University

California Governor Jerry Brown has announced that Sunday, October 16th will be Steve Jobs Day in the state of California. 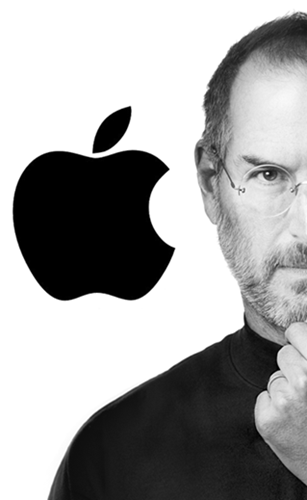 The news comes from AppleInsider – a news and rumors blog dedicated to covering Apple – in a post in which they discuss Steve Jobs Day and a memorial that is being planned at Stanford University on the same day.

Steve Jobs, as our dear readers will know, passed away on Wednesday, October 5th from a respiratory arrest after suffering from pancreatic cancer which was diagnosed about five years ago. A private funeral was held on Friday, October 7th after which he was laid to rest in Alta Mesa Memorial Park in Palo Alto, California alongside people who inspired him (including HP co-founder David Packard).

“Steve Jobs Day” coincides with a memorial being held at Stanford University on the same day. The memorial will be private and invite-only, as confirmed by an Apple spokesman. It has been reported that the event would be attended by people close to Jobs as well as notables from Silicon Valley.

California Gov. Jerry Brown announced Friday that Sunday, Oct. 16 will be "Steve Jobs Day" statewide, and will coincide with a private memorial planned for the Apple co-founder at Stanford University.

Brown tweeted the message late Friday after reports that some of Silicon Valley’s biggest names had been invited to a memorial dedicated to Jobs next week.

According to the Wall Street Journal, Apple is planning a special service for Jobs at Stanford University this Sunday.

Apple will also be holding their own memorial for Steve Jobs as the company is planning a celebration of its co-founder’s life exclusively for Apple employees on Wednesday, October 19th at their own campus at Infinite Loop, Cupertino, California.

If you’re interested to learn more about Steve Jobs, you should definitely pre-order Steve Jobs: A Biography by Walter Isaacson which will be launched on October 24th. It is an upcoming authorized biography based on over 40 interviews held with Jobs over a period of two years and more than a 100 interviews with friends and family, co-workers, rivals and adversaries.