Star Wars: Tiny Death Star first made its debut a couple of weeks ago in Australia, and after some delay, has now gotten its release for iOS and Android in the United States. The title, which does get the LucasArts stamp of official approval, has been created as a collaborative effort between Disney Mobile and Nimblebit, and if you’re a fan of Star Wars and would like to enjoy an 8-bit epic based upon the legendary sci-fi franchise, then look no further than Star Wars: Tiny Death Star.

If you’ve ever played the oh-so addictive Tiny Tower, you’ll know that Nimblebit is pretty useful at creating 8-bit titles, and this Star Wars-themed game looks as enjoyable as the developers’ previous releases. 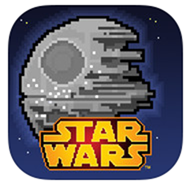 The format of Star Wars: Tiny Death Star is fairly simple. You trot through 2D levels as the Emperor, trying to help your hero create a Death Star. You need to pick up as many credits through each level in order to progress through the game, and although it’s quite a slow build-up akin to the aforementioned Tiny Tower, it still looks very entertaining. 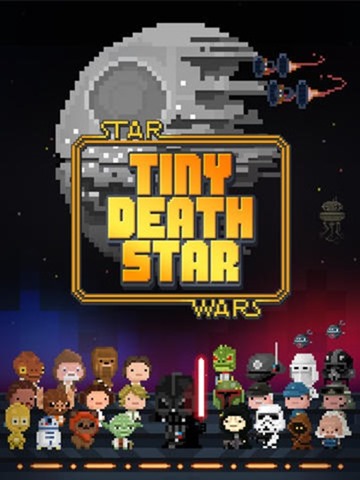 Of course, the main attraction to this game is not just the riveting gameplay, but the Star Wars effect. With so many characters involved in the overall title – from Luke Skywalker to Princess Leia – it’s almost a must for any genuine Star Wars fan. Although the United States release is a great deal behind the folks Down Under, it’s good to see a contemporaneous release for both iOS and Android, so, for once, Star Wars fans on both sides can go ahead and enjoy this from the get-go. 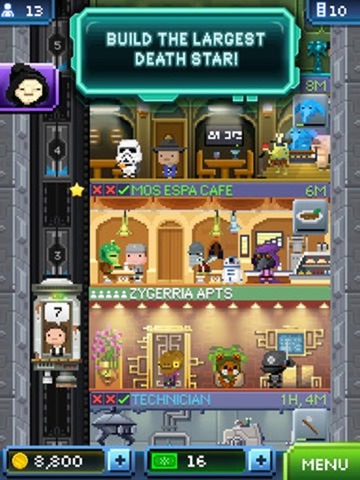 The app is absolutely free of charge on both the App Store and the Google Play Store, so if you are a Star Wars fanatic, there’s really no excuse for avoiding the direct links provided below! 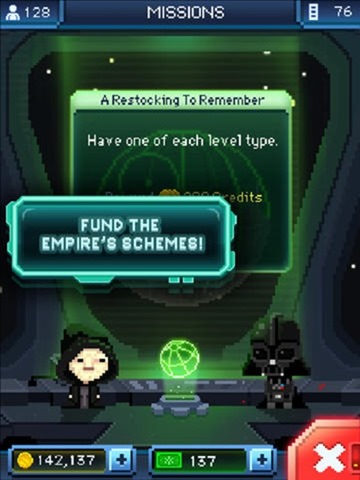 Also, be sure to let us know in the comments section what you think about the game itself. We love to hear from you guys.