Sony Outlines 11 PS4 Apps For Launch, Here Are The Details

We are now dangerously close to the official launch of the PlayStation 4, and although we’ve a fairly good idea of the games that will be available from the get-go, it has taken a while for Sony to reveal some of the apps. Today, the wait is finally over, with the Japanese company having outlined eleven confirmed apps for the console on launch day. We’d expect many to arrive shortly thereafter, but with the likes of Netflix, Hulu Plus and more ready for prime time, those looking to kick back with some streaming content will not be left unattended to.

All in all, the list of apps, which covers popular movie and TV streaming sites, doesn’t contain anything we haven’t seen before, or weren’t expecting. However, with the development of apps on any platform often subject to delays or unforeseen technical hitches, it’s good to see that some of the more popular services are ready to go on the PlayStation 4.

As well as the aforementioned Netflix and Hulu Plus, PlayStation 4 users will also be able to enjoy Amazon Instant Video, Crackle, NHL GameCenter LIVE, Epix, NBA Game Time, Vudu, Crunchy Roll and Yupp TV. It’s good to see, despite only offering a dozen apps at the start, that there is at least a fairly decent variety available, and once that launch hits, there’ll be plenty more where they came from.

The PlayStation 4 takes its bow on November 15th in North America, and will reach much of Europe as well as Australia two weeks later. A myriad of other nations across the globe will see a release in December, before Sony’s native Japan gets the console in February of next year. 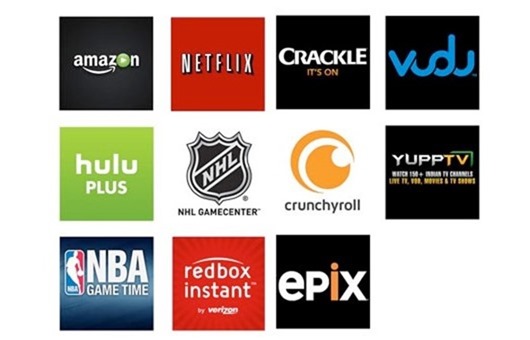 It will take on the Xbox One from Microsoft, which is also being released before the end of the month, and although the PS4 trumps its main rival for overall power and graphics processing, Microsoft has invested heavily on making its next-gen effort an all-round entertainment machine. Thus, while the announcement of these apps by Sony is important in providing early adopters with something for in between those gaming marathons, it’s also vital that the company ensures that it can compete with the Xbox One on a broader level, with wider entertainment options beyond just games.