Microsoft has announced that the long awaited successor to their RDBMS (Relational Database Management  System) SQL Server will hit RTM mark this August.

From Mary Jo Foley’s All About Microsoft:

At its Worldwide Partner Conference in Houston on July 9, Bob Kelly, Microsoft Corporate Vice President of Infrastructure Server Marketing, told attendees that SQL Server 2008 will be on the August price list. He said that Microsoft will keep pricing the same for the new release as it is for SQL Server 2005.

Being one of Microsoft’s Heroes Community Launch Leader, I will be receiving a free complementary copy of SQL Server 2008 later this year. Cant wait to get my hands on it! 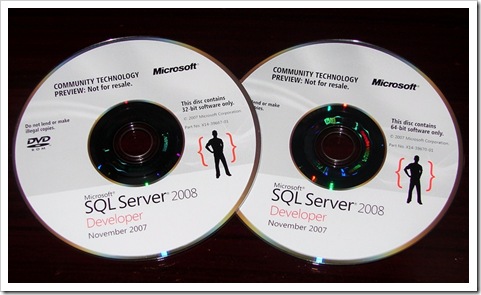