When it comes to jailbreak tweaks, customizing the way iOS looks is probably the number one category when it comes to sheer volume. Apple has very strong beliefs as to how icons and interfaces should look and behave, and they do not always jive well with that of its users.

A flick through Cydia will show plenty of ways to alter iOS to make it look just how you want it to though, and one such tweak that we just recently became aware of is SpringToolz. 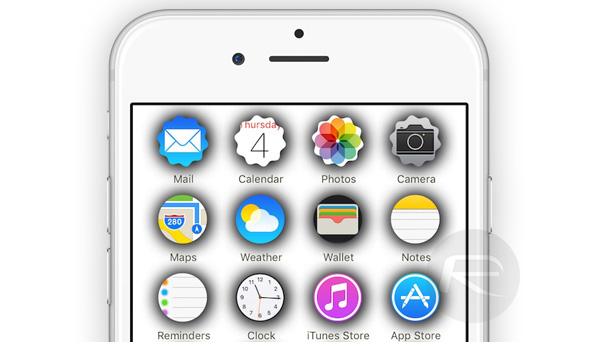 As far as some of the more feature-rich jailbreak tweaks go, SpringToolz can perhaps seem a little light in that regard. That would be unfair to the tweak and its developer though, because what it does, it does well. So what is it that SpringToolz does? We’re glad you asked.

Once installed, SpringToolz allows users to change the way their SpringBoard icons look without going into too many options in order to make it happen. Simply choosing a custom shape for your icons, from no fewer than 20 different options, will give your Home screen a completely new look. Those with advanced theming plans will be pleased to know that normal app icons and those in the Dock can be customized independently, and there are options for adding drop shadows to all icons if you so wish.

The developer is also in the process of adding new features that still need some work, so may not function correctly for everyone just yet. Two of those are “Shape Animations” and “Icon Satellites,” and given there early testing status, we suggest they perhaps be left alone for the time being. Think of SpringToolz as a way of changing the shape and appearance of your icons and enjoy any new features once they are fleshed out, we say.

SpringToolz can be downloaded for free from the BigBoss repository, via Cydia, right now.