Speck’s VR Viewer For iPhone And Galaxy S6 Is Collapsible, Can Fit Into Any Pocket

Speck, the team best known for making smartphone cases, has taken the next logical step and done exactly what it seems half of the world is doing right now. It’s announced its very own virtual reality viewer.

Dubbed the Speck Pocket VR with CandyShell Grip, the viewer is like many others we have seen over the last couple of years in that it allows users to take their smartphone and then place it within the viewer itself, with the phone itself doing all of the legwork. In that regard, there isn’t much new going on here, but that doesn’t tell the whole story. 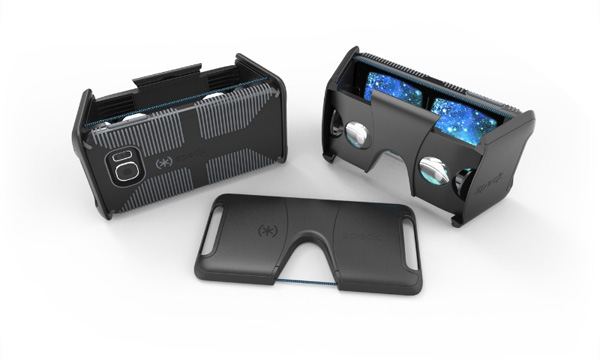 Where Speck’s approach is interesting is that ‘pocket’ part, because this viewer is collapsible, making it perfect for shoving into a bag or, you guessed it, a pocket. Being able to take your virtual reality world with you in your pocket is something that could be enough to push buyers towards Speck’s offering, assuming there are that many VR viewer buyers around, that is.

Pocket VR is a Google Cardboard-certified viewer created by the award-winning Speck design team. When opened, Pocket VR and its precision-crafted lenses provide a rich viewing experience for 3D content, virtual reality, and augmented reality. When closed, retractable side panels fold into a perfectly flat, self-contained package that shields lenses from dust and scratches, and slides easily into a pocket or purse for on-the-go accessibility.

Speck’s new viewer supports both the iPhone and Samsung Galaxy S6, and also come bundled with the company’s CandyShell Grip, a supposedly military-grade case for your smartphone.

Speck’s best-selling CandyShell Grip smartphone case is the perfect companion to Pocket VR, which securely grips onto the case when in use. When not in use, the viewer can be easily stowed while CandyShell Grip will continue to provide smartphones with military-grade protection against everyday bumps and drops. 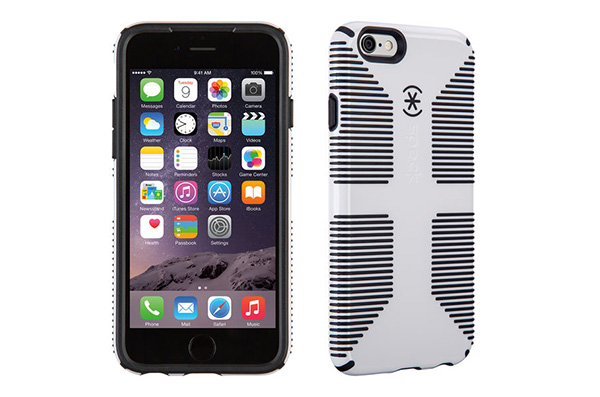 Anyone looking at picking Speck’s Pocket VR with CandyShell Grip will be able to buy the bundle for $69.95 when it goes on sale in the Spring of 2016.