Sony’s PlayStation Network Is Still Not Safe, Should Be Kept Offline, Says Expert

Sony is still reeling from its many, many hacker-related problems over the last few weeks. It was only yesterday that Sony finally managed to bring its PSN Store back online across the globe and then, as if the universe was trying to really kick them when they just thought things were getting better, the Music arm of Sony found itself on the wrong end of a fresh hacking attempt.  But surely all their hard work behind the scenes have made PSN and Qriocity hack-proof, right? Wrong, according to one industry expert.

Gregory Evans is an online security expert and author of more than a few books on the subject. A hacker from a very young age, Evans has spent time in a federal prison and been ordered to pay back almost $10 million after being found guilty of hacking a host of companies, including AT&T, Sprint and WorldCom. He’s generally considered a reliable source for information on online security, which is a good thing considering he now runs a host of businesses related to the industry.

When IndustryGamers got hold of Gregory Evans, the obvious question was just waiting to be asked: Do you believe PlayStation Network and Qriocity are hacker-proof now?

The short answer is no, he does not. The long answer though, goes a little further.

No. And it’s not just Sony gamers that are at risk. It’s anyone who has any online gaming console like Xbox or Wii. Nothing’s 100 percent secure. Even if Sony had never been hacked, when anybody goes online to do anything, play games, search the Internet… you’re always taking a risk that somebody might get your information. When you’re connected to your Wi-Fi and you’re playing online games it’s opening up hundreds of ports. Each one of those ports is like a door that a hacker can use to bypass your firewall and get into your computer. In the gaming community, most people don’t even know this is happening. They just think I’m going online to play games and everything’s fine. They may not think about security because they have a firewall on their Linksys or DLink router that they bought at Radio Shack for $30 or $40. Well, if it was that easy then Sony shouldn’t have been hacked. They should have gone over to Radio Shack and grabbed a $40 DLink router and everything would be fine. 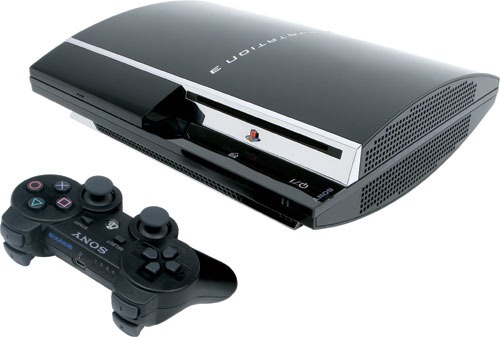 According to Evans the web is a big, bad and scary place to be and we all need to be aware of that each and every time we connect. While that’s very true, we can’t help but wonder just how much of what Evans says is an advert for his security consulting company. Cynical? Possibly, but fear-mongering certainly won’t harm his businesses, will it?