According to Apple itself, iOS 5 will allow automatic over-the-air App updates. This was confirmed by the iTunes App Update page, which alluded to the new feature.

If you own an iOS device and have apps installed on it, you’re probably familiar with this page. You’re redirected to it whenever you select "Check For Updates" on the iTunes App section. As of a few hours ago, it had this bit of extra text:

Or if your device has Automatic Download enabled for apps, your updates will download to your device without having to sync.

Currently, over-the-air updates are possible, although not automatically, requiring users to launch the App Store in order to get updates, which can be extremely time-consuming on slow networks. Automatic updating would make the update process essentially invisible to the user and still provide the same results. It’s unclear whether over-the-air updates would only apply to apps or to iOS itself as well, much like Android, Google’s competitor to Apple’s iOS.

While the reference to this feature has since been removed from iTunes, that didn’t happen before screenshots were all over Twitter, and later confirmed by credible people. There’s a very slight chance that we won’t see this announced next week, now that Apple openly disclosed it, although not intentionally. 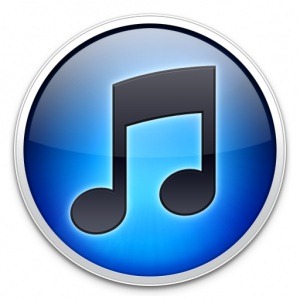 This isn’t the first time that we’ve seen an Apple product being unveiled ahead of time by accident. In 2003, the specs of the then-unreleased PowerMac G5 were accidentally posted on the PowerMac G4’s page; and in 2006, references to iWeb, also rumored and unreleased at the time, were found on Apple’s support page. Both of those products were officially announced days later.

Last week, Apple confirmed it would be unveiling iOS 5, as well as Mac OS X Lion and iCloud, a new internet service at WWDC. While we don’t yet know any official details about those products, rumors of both iOS 5 and iCloud have been ongoing for months. It’s predicted that Apple’s new mobile operating system will include a new, less intrusive notification system, enhancements to multi-tasking and widgets, much like Google’s Android. Yesterday, we reported on a new artist’s mockup of what the new version of iOS should look like, based on the most popular rumors.

WWDC, Apple’s yearly developer conference, will kick off on June 6th. Although much of its focus will be to inform and train developers on the company’s newest software advancements, consumer products are often announced there as well.