As well as unleashing the Xperia Z3 and Z3 Compact alongside an intriguing assortment of QX camera attachments, Sony also took the wraps off a couple of new smartwatches earlier on today at IFA in Berlin. The SmartBand Talk will rival the likes of the Samsung Gear Fit in the battle of the fitness-focused wearables, while the SmartWatch 3 will be the PlayStation maker’s very first release to run Google’s Android Wear.

Like Samsung, Sony has sought to make its own way in the smartwatch arena, seeking to beat rivals to the draw with a number of releases since last year. However, it encountered many of the same teething issues as its Korean rival including poor battery life, limited functionality, and lack of general appeal. 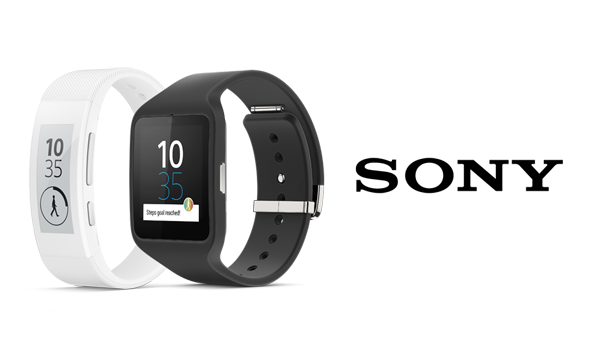 Zoom forward one year since the emergence of the first Sony SmartWatch, and we’re already at the third edition. This model, like the recently-announced Gear Live from Samsung, will be the first from the company to run Google’s Android Wear, and it seems that no matter how hard Sony, Samsung et al try to fight it, they all essentially know that the Big G’s platform will reign supreme in the wearables market as it has on smartphones and tablets. 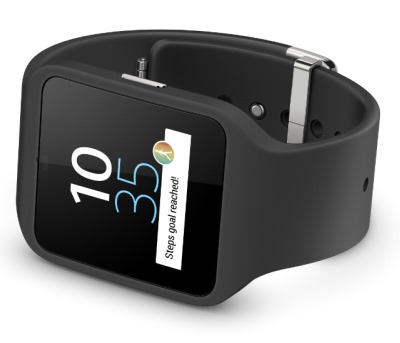 So, what of the Sony SmartWatch 3? Well, it arrives with a funky, active design suitable to those who play sports, and with an IP68 waterproof rating, it seems ready for any terrain.

The software, as you’d expect, is very much the same as you’d get with most other Android Wear-packing devices, although notably, Sony will include its very own Walkman app that’ll beam music to years via a Bluetooth – yes, it has Bluetooth, and NFC – headset.

It sports a 1.6-inch 320 x 320 transflective LCD display, 4GB storage, quad-core 1.2GHz processor and a 420mAh battery although unfortunately, the device itself does appear a little genetic and uninspiring. Of course, we’ll reserve proper judgment until we’ve had a chance to properly test it by means of a hands-on, but given what we’ve seen from the likes of the Moto 360, it’s hard to envision the Sony SmartWatch 3 really taking off. 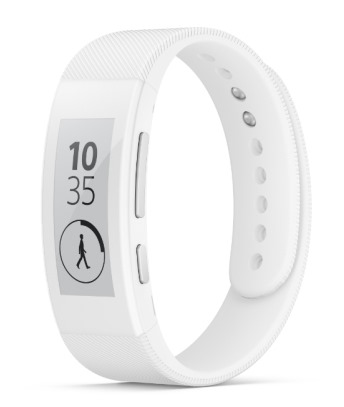 The all-new SmartBand Talk, meanwhile, features a 1.4-inch e-paper (think Kindle, Pebble), and arrives bundled with Sony’s own fitness-tracking software. Like its larger cousin, it offers Bluetooth and NFC connectivity, and although, as aforementioned, we can’t possibly make any real critiques without getting up-close and personal, it doesn’t seem like Sony is offering anything here that we haven’t already seen before.