When talking about the video games industry, SEGA is a seasoned veteran, and although there’s no longer a flagship console on the market, the company continues to dazzle us with remakes of those old classics.

Nostalgia is a massive pull factor for long-time gamers, and having just released Crazy Taxi for iPhone, iPad, and iPod touch, the Japanese company has rolled back the years once more by offering another spin-off to its iconic Sonic series. We’ve already seen half a dozen iterations of Sonic land on iOS, but this latest one really epitomizes the new direction of gaming in general. 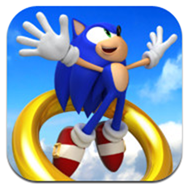 Entitled Sonic Jump, the naming is about as apt as could be, since it looks, and to some degree, plays, like an amalgamation of the usual Sonic title and Doodle Jump. For the uninitiated, Doodle Jump is a pretty addictive casual mobile game in which one has to tilt a device to keep a the character from falling off platforms at different levels. The higher Doodle goes, the higher the score, and there are plenty of power-ups (as well as enemies) thrown into the mix. 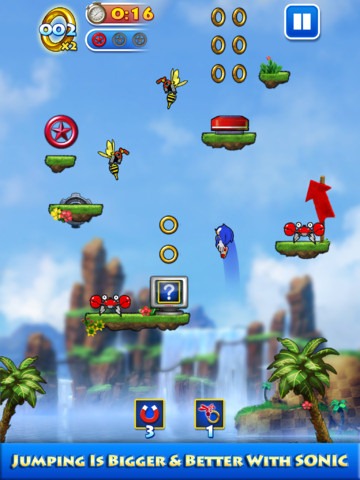 Doodle Jump has lost its way somewhat, so SEGA’s offering seems like the perfect injection of excitement to a format which really captured the imagination of the masses. The usual bosses are present once again – the incredibly ugly, yet strangely still scary Dr. Eggman is back to fight another day, and if you’re a fan of the Sonic titles on mobile thus far, you’ll love this one. 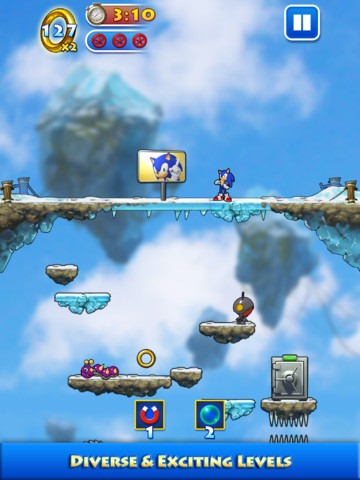 Having played Sonic All-Star Racing, I was hugely impressed with how SEGA adapted the control, gameplay, general feel and magic of the original classic to the entirely new platform. As Nintendo continues to battle away with its portable devices, SEGA has really embraced the likes of iOS and Android, and gamers are really enjoying the benefits.

Sonic Jump costs $1.99, and if you’re rocking an iPad and an iPhone, you’ll only need to pay once, since this is a universal affair – another move reeking of win. 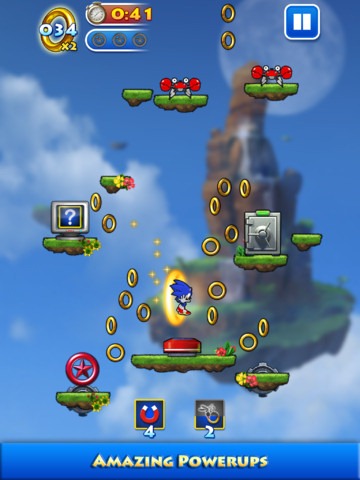 Although Sonic Jump was indeed around a few years ago on mobile devices predating iOS, the release is billed as an exclusive. There are thirty-six action-packed levels in all, as well as various modes and characters for you to sink your fingertips into, so grab it from the link below and let us know how you find it by leaving a comment via the usual channels.