The popular iPhone hacker George Hotz (@geohot) has released a teaser image, hence giving us a first sneak peak at how the upcoming blackra1n RC3 with blacksn0w is going to look like, come November 4th. For those of you who don’t know, blackra1n is a jailbreaking tool which can unlock all iPhone’s (2G, 3G and 3GS) and iPod touches (2G, 3G) running the latest iPhone 3.1.2 firmware. The latest RC3 version of blackra1n will include blacksn0w, which will enable you to unlock your iPhone 3G/3GS running the stock 3.1.2 firmware from iTunes with 05.11.07 baseband (modem firmware). blacksn0w is going to be the first ever unlock for unlocking 05.11.07 baseband which comes pre-installed with the stock iPhone 3.1.x firmware. 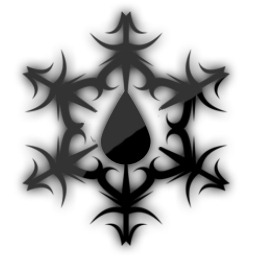 Here is a screenshot of blackra1n RC3 running on an unlocked iPhone with T-Mobile SIM. It will include Cydia and Rock installer packages along with the much anticipated unlock utility which is dubbed as blacksn0w. Since the development of Icy has now been freezed by its developer, Hotz has taken the decision to remove the option to install Icy, and rightly so because there is no point on supporting a software which is not going to be updated by its developer. 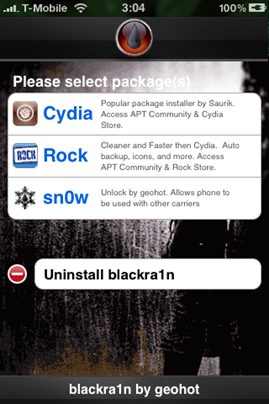