Slide To Unlock is arguably the most recognizable feature of iOS. Although Apple was only granted the patent for the feature late last year, it has been an omni-present feature of the iPhone, iPad, and iPod touch ever since each device made its respective introduction.

The App Store is renowned for bringing forth some weird and wonderful time-killers, and although it’s not particularly new, the recently renamed Slide game (used to be called Slide To Unlock, but you can guess why it was changed), is actually extremely addictive. When it comes to casual games, everybody has their preferences, and while some prefer puzzles over FPS, Slide is a title that every single iOS user can relate to. 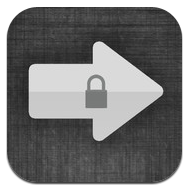 Strangely enough, the game is far from repetitive. You might think the last task you’ll want to perform – following a long day’s sliding and unlocking while going about your daily digital errands – is one which involves the iconic slide, but if you check out the various riveting game modes and challenges, you’re likely to be surprised at just how fun the title is.

Some games have the habit of making you look overly-animated when on a train, subway, or other public place, and the fast-paced manner in which you’ll need to be going to master the game places Slide under that same umbrella.

There’s a plethora of different game modes available to test your Slide To Unlock competence, and although the aim of the game remains somewhat the same (slide as quickly as possible), the challenges remain unique and enthralling. Classic Mode plays the game in a manner you’ll be used to, and requires you to simply continue swiping to the right as quickly as possible. As soon as one slider disappears, another one pops up, and there are five vacant rows on which a slider can appear at any given time. Of course, the more you complete, the quicker the barrage of sliders, and you’ll soon find it becomes impossible to cope with.

Once you’ve familiarized yourself with Classic, there’s Twist, which steps it up a notch by popping sliders in that go to the left as well as to the right. There are a couple of other variations including Doubles and Revenge, and as usual, there are plenty of achievements to unlock via Game Center or OpenFeint.

This very enjoyable title is absolutely free from the App Store, and for the in-app purchase price of 99 cents, you can get rid of the ads and treat yourself to some golden sliders, which can be enabled/disabled in the settings menu.