Getting photos off of our iOS devices is the kind of thing that can be a deadly serious subject for many of us. If you’ve got kids, being able to ensure that your photos are safe and secure in the event of a lost or stolen phone can be the most important thing in the world at times. Apple’s Photo Stream and iCloud backups go some way towards filling the hole for some people, but there are other ways of getting images and videos off of iPhones and iPads. Those options now include Microsoft’s SkyDrive.

Today, Microsoft updated its SkyDrive for iOS app to enable automatic camera uploads, when means that users of the app can opt to have each and every image they take automatically uploaded to their SkyDrive account. Currently people get 7GB of free storage with a SkyDrive account, which means they should be able to get plenty of images up into the cloud for free, depending on what else they use the storage for of course. We’re not really sure why Microsoft chose 7GB as its solution instead of 5 or 10, but ours is not to reason why.

Right now the update is an iOS-only affair, but apparently an Android update is also in the works. Microsoft says that it doesn’t want to offer different levels of services to people depending on what hardware they carry around in their pockets, which is good news for those of us not toting Windows Phone devices. 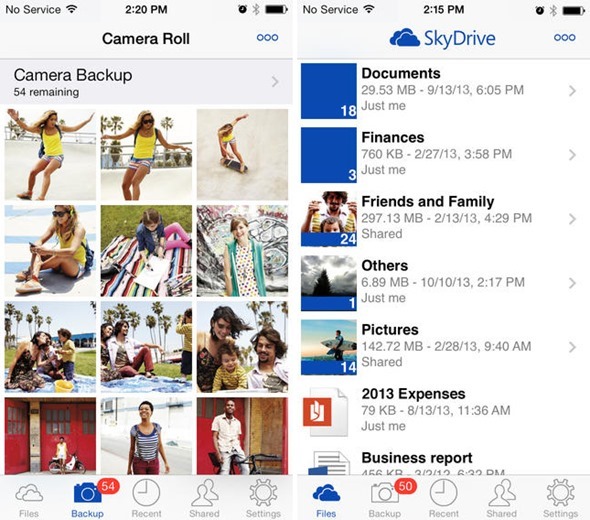 SkyDrive faces stuff competition from the likes of Google Drive, Box and our current favorite, Dropbox. Online cloud storage is fast becoming central to how we work, and it’s certainly becoming a vital part of backup solutions for lots of us. SkyDrive obviously isn’t the only solution, but by offering automatic upload and the like, it’s sure pushing itself to the front of the queue. 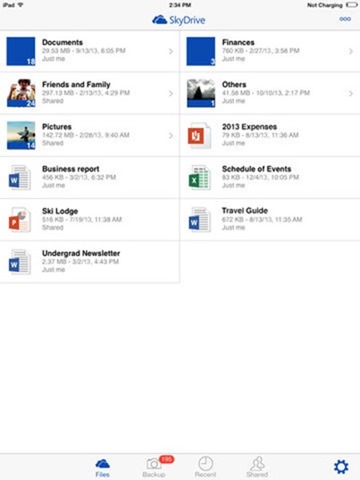 You can download the new and updated SkyDrive app from the link below if you haven’t already. And if you already have the app installed then the update should pop up for you in the App Store.