Siri0us Cydia Tweak May Have A ‘Serious’ Battery Problem

We told you recently about a brand new Cydia tweak called Siri0us, which brings Siri-like dictation to the iPhone 4, 3GS and iPod touch 4G touting a jailbroken version of iOS 5. The tweak is free, and has been downloaded by a good few people since it started to receive some publicity by both ourselves and a handful of tech sites. 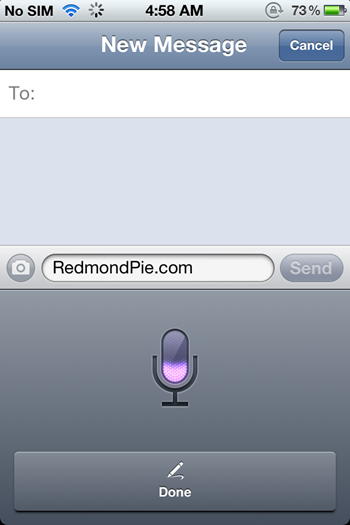 Since we posted the heads-up yesterday, we’ve heard from a couple of users that the tweak may be causing an unusual amount of battery drainage for those who have tried it, with the iPhone 4 the device we have had reports about. That does not mean that the iPhone 3GS or indeed any iPod touches do not suffer a similar problem, but we haven’t heard about any just yet.

Steve is one of the people that reached out to us, saying that he installed Siri0us on his iPhone 4 and noticed a battery drain from 80% to 44% in just two hours. Steve says he did not use the iPhone in those two hours, which obviously suggests something is not quite right.

This could obviously be a couple of isolated incidents, which is where you, our lovely readers come in.

If you have installed Siri0us onto an iDevice over the last day or so we want to hear from you. Which iDevice have you been using Siri0us on, and have you noticed a significant decrease in battery life? Let us know how you have found your battery life post-Siri0us via our shiny new Google+ page, or our Facebook fan page.

We want to hear from you if you haven’t had any problems, too, just so we have an idea of how big a pool the results are coming from.

We’re counting on you, folks!

Thanks to Steve for the heads-up!