Siri Has Quite A Few Pokemon Go Jokes To Tell

Available on iOS and Android, Niantic/Nintendo’s Pokemon Go AR game is huge right now. In fact, it’s so huge that even the likes of Apple’s well known digital assistant Siri, which is built into every iPhone and iPad these days, has managed to take notice of what is going on in the world of augmented reality gaming.

Everyone knows that asking Siri questions on certain subjects can result in some truly impressive responses, while it can also, at times, result in the kind of semi-humorous gibberish that we can’t quite believe is coming out of a talking smartphone. 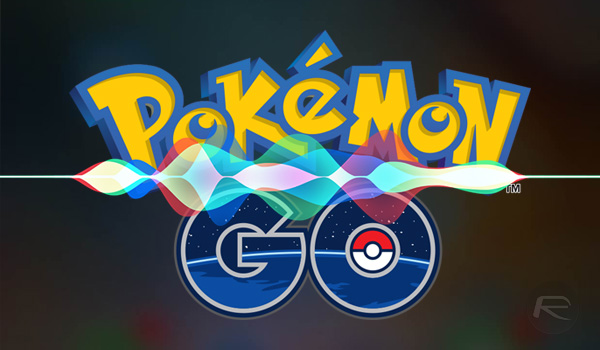 As some users have been discovering, asking Siri about Pokemon Go-related things can cause some of those latter situations to crop up pretty regularly. For example, asking Siri about her favorite Pokemon can trigger answers like “that yellow species with an electrostatic tail of variable lengths is rather cute” or “Polymaths prefer Polliwogs.” They’re not all that bad, but then there’s the case of asking Siri if it likes Pokemon Go. This can unfortunately result in barely humorous answers like “I like pocket monsters. Pocket assistants, too.” Cringe.

Sometimes, Siri can be useful, though. As it can pull data from all manner of factual sources such as Wolfram Alpha, asking for information on Pokemon can result in some great answers. Ask Siri which Pokemon is capable of the strongest attack, for example. You should get a proper answer back.

Now that Siri has matured beyond the painfully beta version that it originally debuted as back in the iPhone 4s days, we can and should expect more from it. I have my own thoughts on the way Siri tries to be funny when it really shouldn’t, but there’s something undeniably cool about asking Siri about which Pokemon ranks highest in any given field, and getting an answer back. 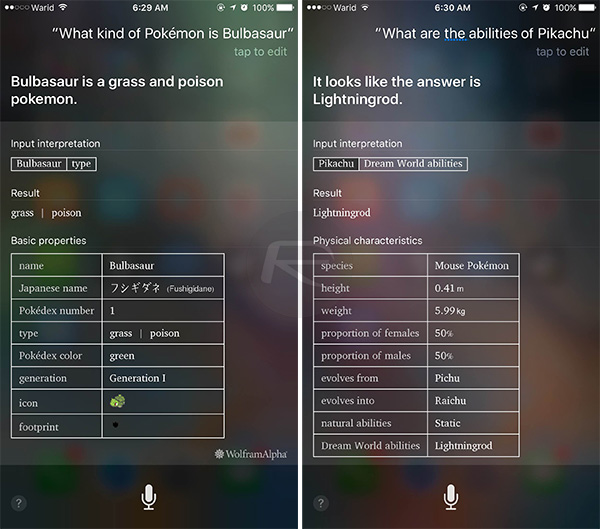 So come on, Apple. Just sort out all the other problems with Siri now, please. 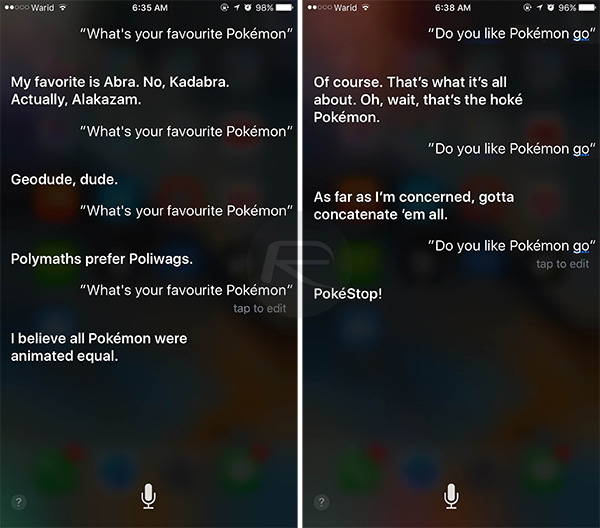