Nobody who hasn’t been hiding in a cave for the last two years can argue against the quality of the cameras in Apple’s last two iPhones. First the iPhone 4 brought impressive photo quality to the iPhone lineup with a 5-megapixel camera, and then the iPhone 4S took things a step further with an 8-megapixel shooter.

Both record videos, too, but the software itself does have one subtle limitation, and it may even be one that you’ve never come across. But when you do, you’ll rue the day.

See, when recording video on an iPhone it is impossible to take a photo at the same time. In order to take a picture when filming video you’ll need to stop what you’re recording, switch modes and take your photo. Afterwards you’re left to switch back to video mode and hope you can carry on where you left off.

An iOS app though changes all that, and it’s available on the App Store for $1.99 right now. It’s name? QuickPix.

QuickPix gets around the aforementioned issue by allowing users to take photographs while still continuing to record video. There are no interruptions, and everything just keeps on recording while the photograph is being taken. When done, both the shot and the video are saved to the Camera Roll for use later. It’s a real lifesaver if you need to take photos and video simultaneously.

Now, there is one caveat with all this that is worth bearing in mind. When QuickPix takes a photo while recording video, the image taken will use the video resolution – 1280×720 – as opposed to the full 8-megapixel image that you would get if you used the Camera app. The image will be framed differently, as a result.

That being said, such a thing may not bother you, and if that’s the case then QuickPix could well be two dollars well spent. If you’re the kind of person that likes to use every pixel available to them however, then the change in resolution is something that is worth remembering when taking your shots. 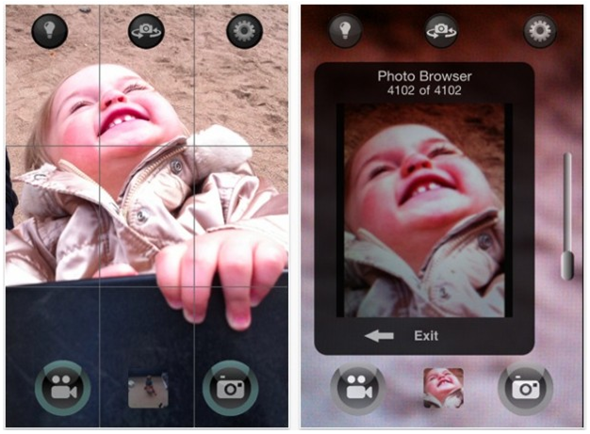 QuickPix also has a couple of other party tricks up its sleeve, such as a setting that will make the app take a snapshot as soon as it loads, making quick image capture a possibility.

We’d suggest giving the app a look over for sure, but just be aware of that one caveat when making your purchase.