Set Windows 10 File Explorer To Open This PC Instead Of Quick Access, Here’s How

Windows 10 isn’t hugely changed from previous versions of Windows in that it still contains a lot of the familiar preferences and configuration abilities. Granted, Microsoft have provided the whole aesthetic with a much needed lick of paint, but the underlying functionality remains familiar to long-time users with the odd exception of a new feature here and there. File Explorer, one of the most widely used applications within Windows, now defaults to serving up access to most commonly used files and folders when opened, rather than showing the contents of the whole installed PC. We’re going to take a look at how to change that.

If you’d rather open up File Explorer and get an immediate look at “This PC” rather than the limited “Quick Access” view by default, then you’d be glad to know that it’s fairly easy to do so through the Windows 10 File Explorer preferences. Follow the simple steps below to make the needed change. 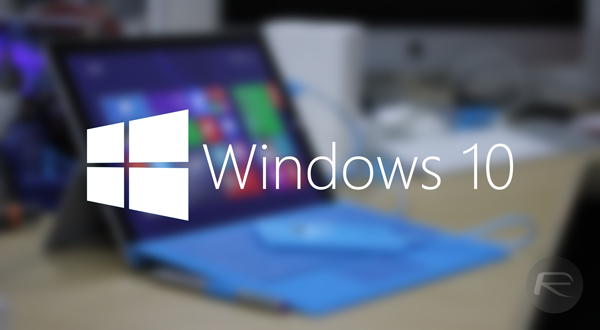 Step 1: To begin, launch a new instance of File Explorer.

Step 4: Make sure that you are in the General tab. This is the default, so unless you’ve navigated away from it you should still be in it.

Step 5: Next to the heading “Open File Explorer to:“, click the drop-down box to reveal a set of options. 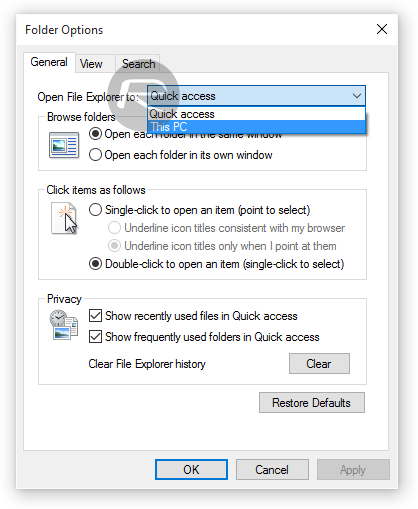 Step 7: Select OK to confirm the selection and exit.

File Explorer should now display contents of “This PC” rather than the default “Quick Access” view whenever you launch it.

Now, when you choose to invoke an instance of File Explorer you’ll be provided with the “This PC” glance which gives access to connected drives, the computer internal hard drive and files and folders that can be navigated at will. In all honesty, this is probably the view that is immediately recognizable to most users from previous versions of Windows.

Windows 10 has been publicly available for up to two weeks now, with Microsoft claiming that it represents the “best Windows yet”. The additional built-in security is designed to work with hardware and software to provide users with an overall sense of safety. Microsoft’s new Edge browser also makes an appearance in Windows 10, sitting alongside the ever-present Internet Explorer for those web surfers who prefer a bit of familiarity.